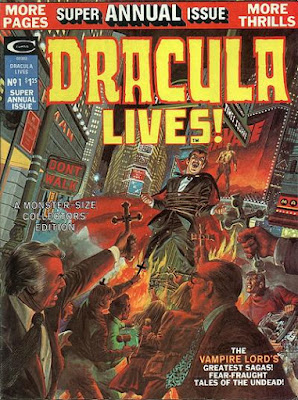 Now, you might be wondering why Marvel's Monsters Unleashed title was a little lacking in vampires in the 1970s...

....it was because they were working elsewhere, including in the Dracula Lives title for 13 issues, and one annual, with this stunning painted cover by Gray Morrow!

A tease on some of the regular issues, with the covers of the Dracula Lives issues that are partially reprinted in black and white in the 1975 summer annual! 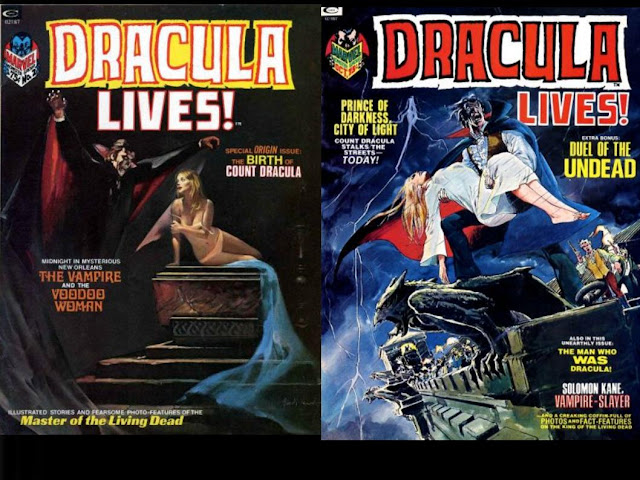 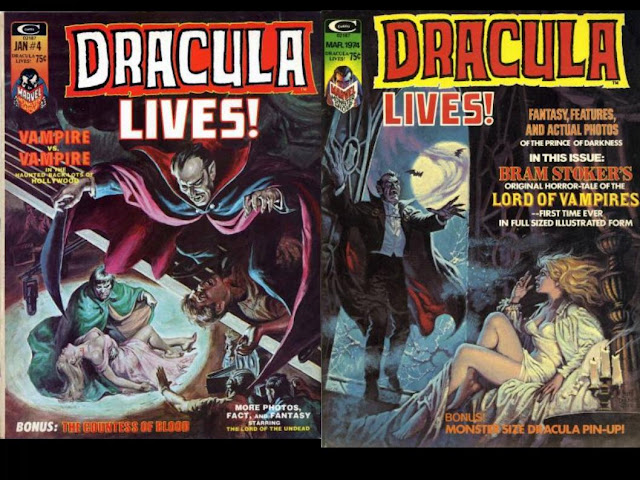 art by for both by Luis Dominquez
. 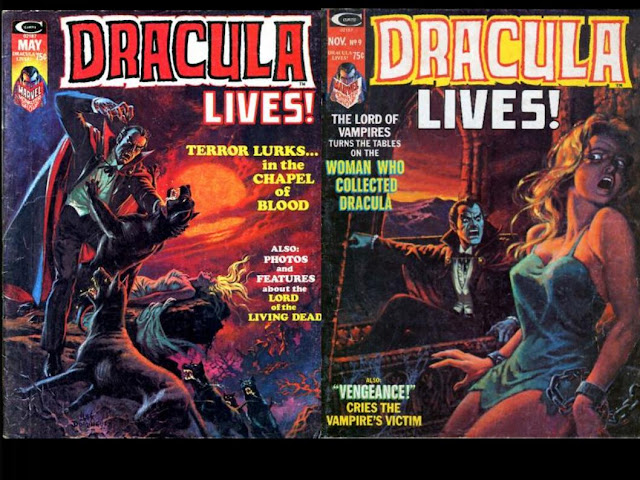