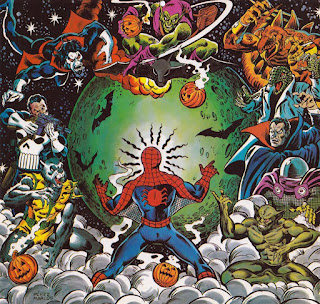 It's absolutely AMAZING that, with his decades in the business, artist George Perez didn't get a chance to do any covers for the Amazing Spider-Man, but he did do quite a bit a Spider-Man work, including this piece for the 1978 Spider-Man calendar (October), featuring Spider-Man and his more monstrous villains, inked by Pablo Marcos!

For those that don't know, the villains are: Man-Wolf, Punisher, Morbius, Green Goblin, Stegron, Lizard, Dracula, Mysterio and the Jackal...but you knew that, right?

Still, Perez did do a couple of covers for Peter Parker, the Spectacular Spider-Man (#9 and #10, August/September 1977), when Peter teamed up with the White Tiger, inked by Frank Giacoia! 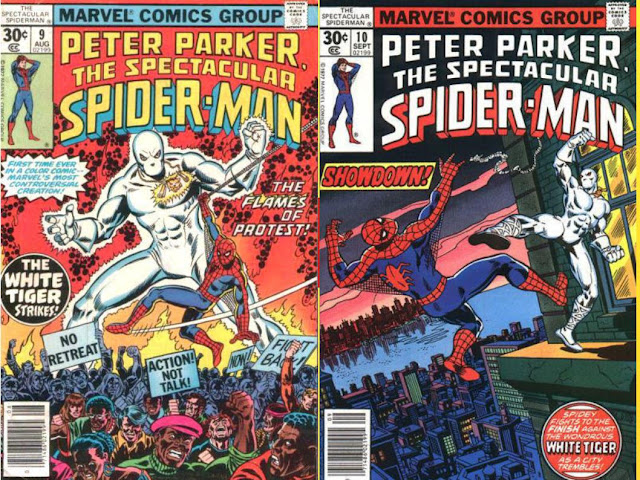 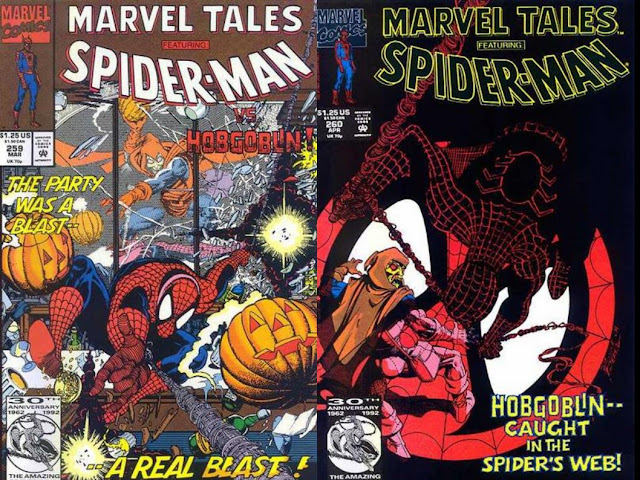 Just because it fit with the October/Halloween them, included a cover of Spider-Man Team Up (#4 in September, 1996), with Spidey and the Avengers, because George was better known for his Avengers work.