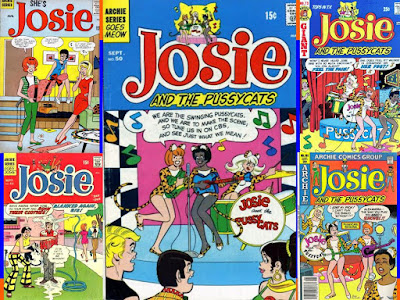 Happy 50th Anniversary to the Josie and the Pussycats cartoon!  The cartoon premiered on CBS on September 12th, 1970, and featured the adventures of singer Josie, bassist Valerie, drummer Melody, roadie Alan and manager Alex (with his sister Alexandra as Josie's rival, bringing along her cat, Sebastian), and lasted 16 episodes into 1971.

But, long before it was a cartoon, Josie was the basis for a comic book. 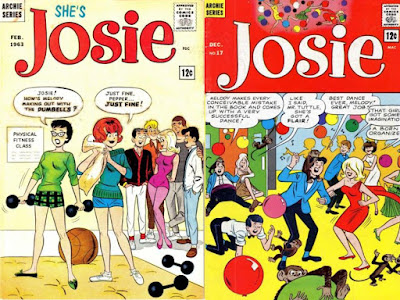 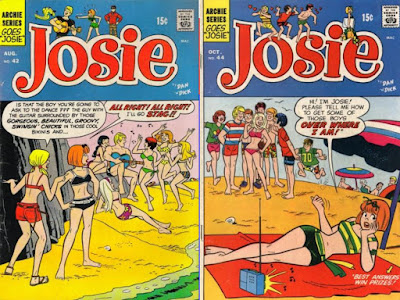 Alexandra Cabot joined the cast in She's Josie #7 (August, 1964) and Alan M. Mayberry coming aboard in Josie #42 (August, 1969), as well as a few cast members just disappearing from the school hijinks usually featured in the title.  This issue also introduced the idea of a band to the series (though it was the lads who were forming a band).  Alexandra's mystic powers (when holding Sebastian) were introduced in Josie #43 (September, 1969). 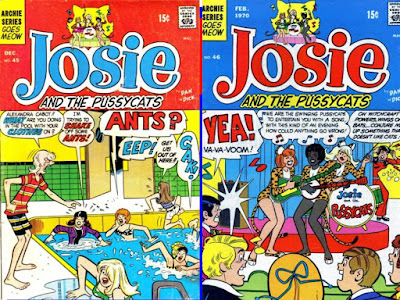 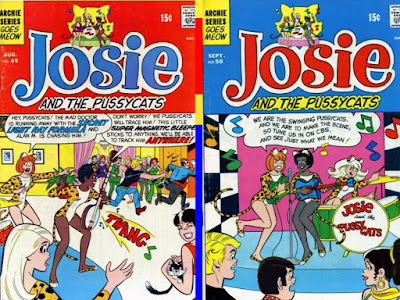 By Josie and the Pussycats #49 (August, 1970) the ideas for the cartoon started to show up in the comic (the group fighting mad scientists, Alan touring as their manager, Alexandra trying join....though she last used her magic for a while here). 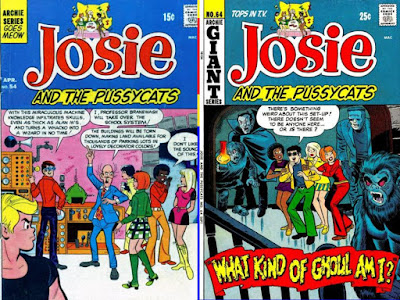 The comic followed the mystery/horror/comedy idea while the cartoon lasted (and a little longer)...

...but never did adapt to the later Josie animated revival, Josie and the Pussycats In Outer Space (which lasted 16 episodes from 1972-1973). 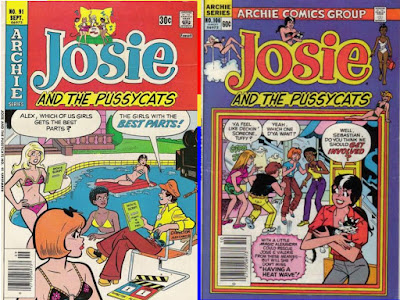 The title went back to more straight humor, and continued that way up to its last issue (with Alexandra starting to manifest magic again), Josie and the Pussycats #106 (October, 1982), with art up until the end mostly by Dan DeCarlo (who based the original character on his wife, Josie), and the last few issues by artist Stan Goldberg. 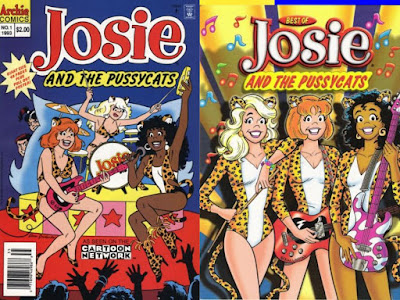 Later revivals in comics, movies and TV would come, but these were the stories that started it all!