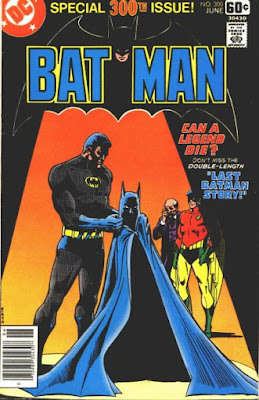 With Gotham wrapping up its run on Fox tonight, time to look back at "The Last Batman Story" from Batman #300 (June, 1978) by David V. Reed, Walt Simonson and Dick Giordano, all under a stunning cover by Dick Giordano.


Set in the future, with James Gordon retired and writing his memoirs, Alfred Pennyworth just tending to Wayne Manor, Dick Grayson out on his own as Robin, most of the main members of Batman's Rogue's Gallery reformed or adapting to living in prison, Batman begins to question the need for his services in the world. 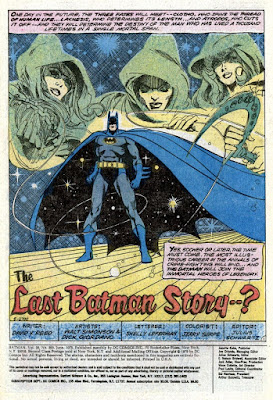 Such an idea is legendary, and that's how this tale begins!


Batman questioning his fate....with the three fates behind him.


Heavy stuff for just a man in a bat costume, no?


But, Batman is so much more than that, thus, it must be pointed out that this is not a normal case for Batman. 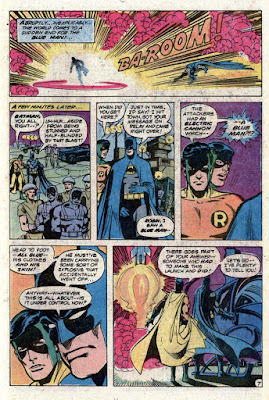 It begins with doctors rushing a woman to a medical shuttle to take her to an orbiting medical hospital (establishing that this is sometime in the future....about 25 years or so past the current tales in the comic, but sadly not a point reached in the here and now in reality).  Robin, a grown hero on his own standing watch, as men in blue attack....and Robin gets sudden unexpected aid from Batman!

The shuttle safely launches after Batman stopped the last of the blue men...and Batman and Robin plan to compare notes back in the improved Batcave under Wayne Foundation in the expanded mega-city of Gotham (now covering a large portion of the east coast).

The grown Dick Grayson now runs Wayne International, and was approached at a business affair by a man who wanted to buy a classic car Grayson was auctioning off...and threatened him and his enterprises with a prism when he couldn't get what he wanted. 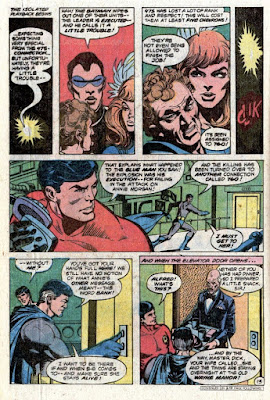 Then, Wayne International interests were sabotaged and attacked across the globe, leading Dick to send the young lady in to investigate, and she was found, nearly dead in a car wreck.  Dick vowed to get her the best medical care.

Further research by recently reunited Dynamic Duo find a criminal organization working to eliminate the witness, though there seems to be some territorial disputes in the group of who will handle the job, and they go to protect the girl in the orbiting hospital (after a brief meal from the every diligent Alfred!). 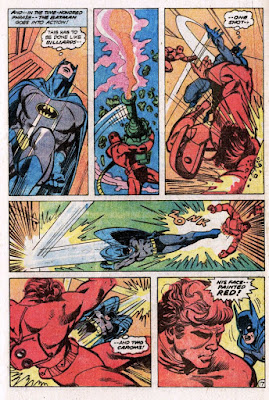 Taking their own Batwing into orbit, Batman arrives as the doctors are in the process of helping the girl, yet, the satellite is attacked by an organized group, which Batman must work to fight off....but they are not blue, but red!

This proves Robin's case was so much bigger than even he knew....

......and, as Robin handles Wayne International business for a time, Batman continues his research, leading to a location where this rainbow of crime is meeting (and eliminating the usual suspects of Joker, Two-Face, Catwoman, Penguin and Riddler from contention after a conversation with retired Commissioner James Gordon), takes Robin out to Arizona to face this new multi-colored consortium of crime. 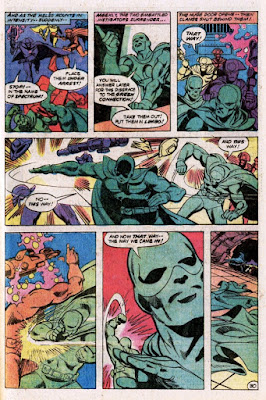 The Dynamic Duo find the criminals well guarded lair in Arizona, and, after knocking out two green clad guards, take their uniforms to go inside the complex, then to a sealed room where the "prism man" is explaining his failure to get the item from Grayson and his attacks on Wayne International.  While in the chamber, Batman figures out the group isn't a rainbow, but a spectrum....and instigates a fight with the disguised Robin to get out the airtight chamber, then the pair dispatch their newest guards, tracking their way to the hidden leaders of the group...Infrared and Ultraviolet (the two unseen members of the Spectrum).  The pair lead the group in two chairs surrounded by small orbiting devices, and, seeing Batman and Robin in their sanctum, unnerves one, so he makes a fatal mistake, moving into one of those devices, which are small explosives....that kill both criminal leaders. 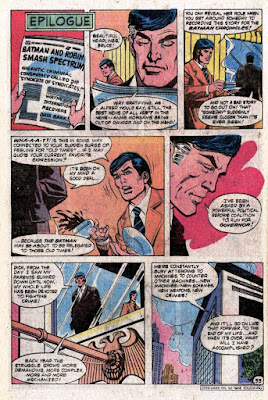 With all the information found in this headquarters, Batman and Robin are able to take down a major, worldwide crime organization, but...at the end, Bruce Wayne asks if this is enough?  Is he doing enough good as Batman, and how much of his own life must he sacrifice to do it?  Dick is married with two kids, but Bruce wants to have a life of his own...and decides that this might be a time to give up being Batman, and find the courage to get a wife of his own, and perhaps do more for the world by running for political office....as Bruce Wayne.   The issue ends with him contemplating this issue..... heavy stuff for the late 1970s, but something worthwhile considering in an anniversary issue of Batman, and a theme that will be revisited again and again with the Batman. 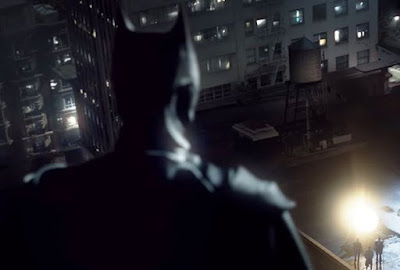 In any ending, there is a new beginning...
...something to consider, with this issue, and as Gotham ends its story of young Bruce Wayne (with his transformation into Batman!) in its last episode entitled "The Beginning".