Batman Vs. The Crime Doctor 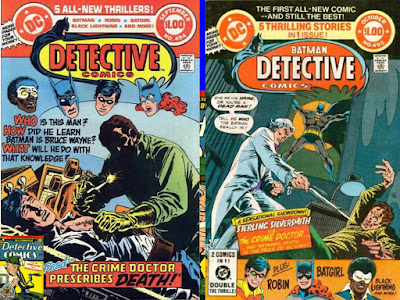 Batman has been around for about 80 years at this time....and, you get old, you check in with the doctor.  Bruce Wayne did have a regular doctor....but, he needed a specialist...

...and unknowingly, ended up in the hands of the Crime Doctor in a couple issues of Detective Comics!

The Crime Doctor Calls At Midnight 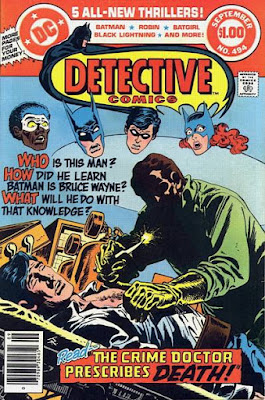 Jim Aparo gives this creepy cover of Detective Comics #494 (September, 1980), wherein a helpless Bruce Wayne is under the knife of a disreputable doctor, with more in a story by Michael Fleisher, Don Newton and Bob Smith.

Batman is dealing with a new villain in Gotham, the Crime Doctor, who uses medical practices to help criminals.  During the course of this case, Batman get injured, and Alfred, instead of being able to go to Bruce's usual doctor, has to go to Dr. Bradford Thorne, who stitches up Bruce Wayne's wound.  Bruce Wayne then invites Thorne to a special event at the Wayne Foundation.  But...a case calls them both away.  Batman tries to stop the criminals, but is confronted by the Crime Doctor, who sees the special bandage he put on Bruce Wayne..... 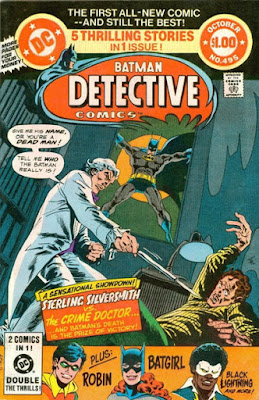 Batman and the Crime Doctor work together in Detective Comics #495 (October, 1980) in a story by Michael Fleisher, Don Newton and Frank Chiaramonte, with a cover by Jim Aparo.


Batman was too late, with Thorne remaining in a coma, so Batman doesn't know if Thorne revealed his identity to anyone else.  Thorne must have recovered, at least temporarily, as the Crime Doctor was spotted in an issue of Crisis On Infinite Earths. 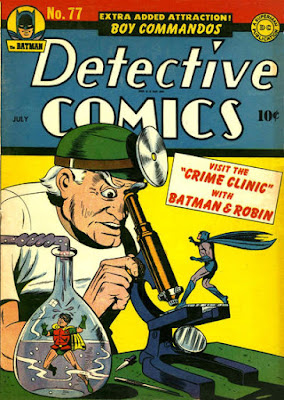 Batman and Robin got to work stopping him, and did, even with the doctor working to save patients.

The Crime Doctor returned in Batman #18 (August-September, 1943), escaping prison, and even shooting Robin, but died in that issue after being shot by one of his patients.
Posted by Dave's Not Here Comic Blog at 4:30 AM