A Little Archie In Riverdale 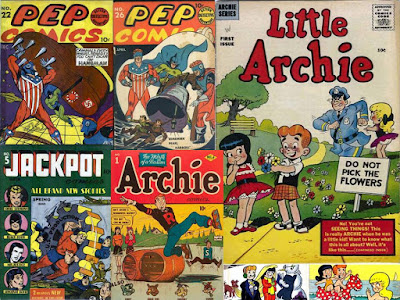 Archie Andrews and the town of Riverdale were introduced back in Pep Comics #22 (December, 1941, by Vic Bloom and Bob Montana), along with his pal, Jughead Jones, as Archie tries to impress the new girl who moved into town, Betty Cooper as kids.  Starting in the next issue, Archie and his friends were tracked a little further in their lives, as teenagers.  Betty's rival, rich girl, Veronica Lodge, appears soon after, in Pep Comics #26 (April, 1942), with Archie's nemesis, Reggie Mantle and Mr. Weatherbee being introduced in Jackpot Comics #5 (Spring, 1942)....all continuing to grow the cast and expand upon the high school activities of Archie and his friends, until they could stop sharing a magazine with heroes like the Shield, Black Hood, Steel Sterling and the Hangman, and Archie Comics was born (starting in Winter, 1942).

But, what about the kids younger lives?  Well, here a little history of Little Archie... 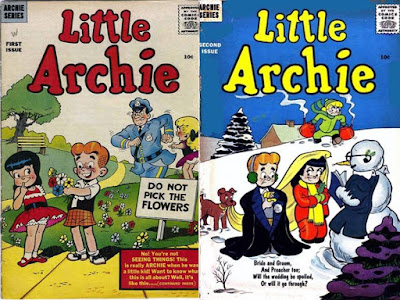 Little Archie #1 premiered in 1956, when the company publishing Archie had changed from MLJ to Archie Comics, with the adventures of Archie, Betty, Veronica, Jughead, Reggie and even Moose Mason as kids, written and drawn by Bob Bolling, with inks by Bob White (at least for the first issue, Bob Bolling having more to do on the later issues). 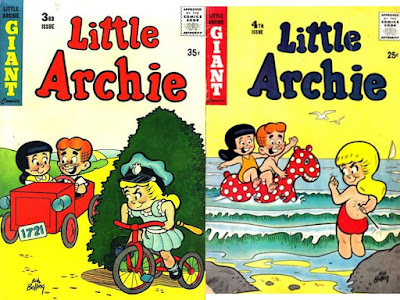 These were cute little tales of the kids of Riverdale, working things out as they played war, pretended marriage, played doctor and nurse, pretended to go to court and other activities kids did as they figured out their world (though not quite matching up with regular Archie Comics, as Betty didn't move to Riverdale until she was a little older....). 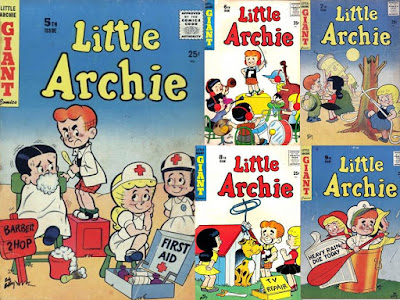 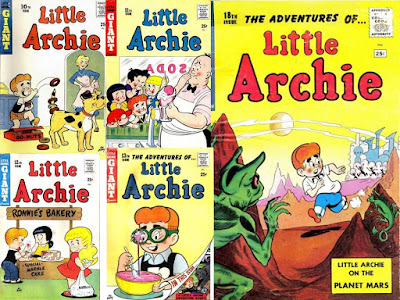 ....establishing a more fantasy/science fiction feel for the Little Archie series, which would continue on as the series continued on....


The Adventures Of Little Archie 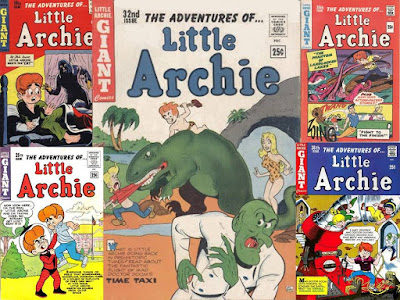 ...being retitled as The Adventures Of Little Archie with #19 (Summer, 1961), continuing the fantasy elements in the issues, as well as adding new ones....


....like a reoccurring villain, the Mad Doctor Doom (no relation to Fantastic Four's Doctor Doom)... 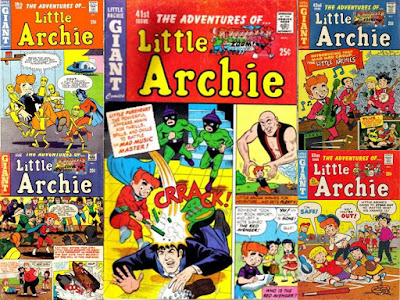 
....even creating a mod band for the kids as the Little Archies, as Dexter Taylor came on board to handle some of the Little Archie tales as well along with Bob Bolling, all the way through issue #53 of May, 1969.... 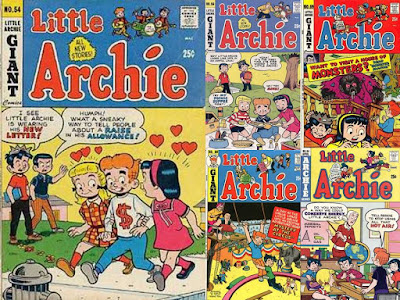 During this run, a Little Sabrina (a younger version of Sabrina, the Teenage Witch) was added to the mix as well, with the title remaining a giant sized through issue #84, and the stories were more fantastic than ever. 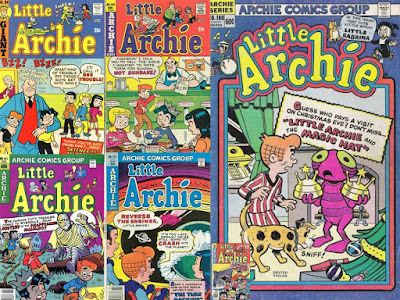 A little fun in Riverdale, separate from all the other Archie Comics, before comic books and the world got so serious!