Atom vs. the Zombies 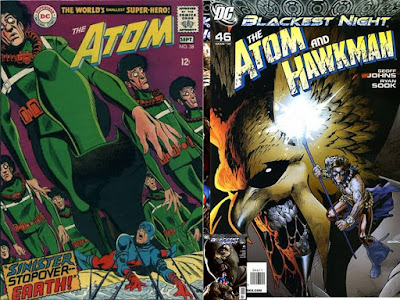 
But, surprisingly, the Mighty Mite did face off against a few legions of undead during his days in comics! 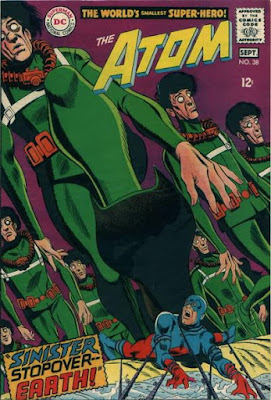 With the last issue of the Atom's regular series, Atom #38 (August-September, 1968 by Frank Robbins, Mike Sekowsky and George Roussos), Atom dealt with legions of undead during a "Sinister Stopover...Earth"!

It was really aliens called the Physalians who were possessing human hosts to take over nuclear power plants to harvest their energy.

In his alter ego, the mighty physicist Ray Palmer, along with frogman Jonah Waite, were able to work together to stop the aliens and turn off the nuclear reactors, preventing the aliens from feeding on the energy, putting an end to Atom's solo adventures in a book of his own for a time. 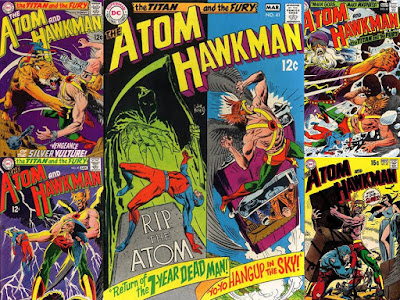 But, things weren't over for the Mighty Mite, as he took part in comics earliest buddy comics, where he and his friend, Hawkman, shared a title, that of Atom and Hawkman for issues Atom and Hawkman #39 to #45 (October-November, 1968 to October-November, 1960), sometimes in adventures together, sometimes separately, and all under covers by Joe Kubert (though Atom didn't make the covers or #43 or #44, but Hawkman's spectral foe, Gentleman Ghost, did).

Closer To The Modern Age 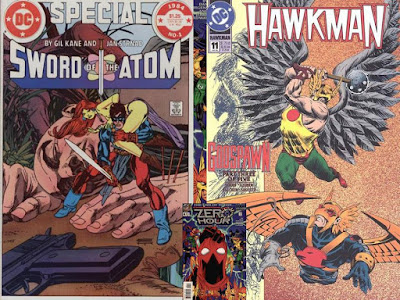 Which catches us up to now (with a few things happening to Hawkman and the Atom along the way, like Atom's time as a barbarian, and the multiverse's changes to Hawkman).


But even through all of that, the pair remained friends.... 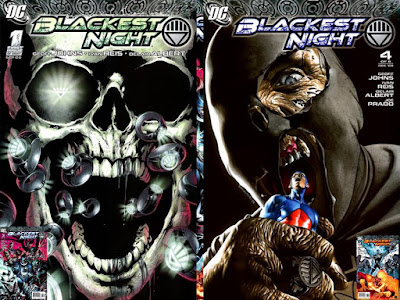 Atom and Hawkman reunited during the course of the Blackest Night event (where legions of DC heroes and villains returned from the dead thanks to the efforts of a Green Lantern Corps villain in 2009/2010) over the course of 9 issues for the main event, along with many, many crossovers.... 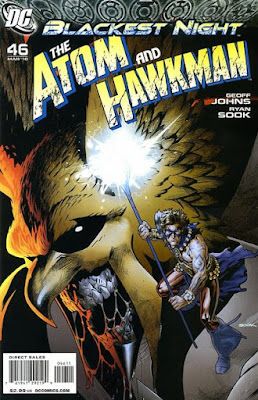 Atom and Hawkman had one more issue (Atom and Hawkman #46 of March, 2010, by Geoff Johns, Ryan Sook and Fernando Pasarin), where Atom proved to be a big deal in helping to stop the hordes of zombies powered by Black Lantern rings from menacing the universe!

Not bad for a scientist only six inches tall, right, to take out all of the undead?
Posted by Dave's Not Here Comic Blog at 4:12 AM