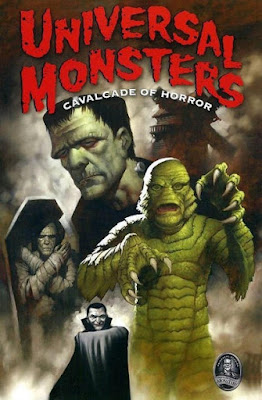 Reprinting old stories is nothing new, and sometimes the stories even come from a long time ago...

These stories all originated from their movies, and from a run of comics by Dark Horse in 1993. 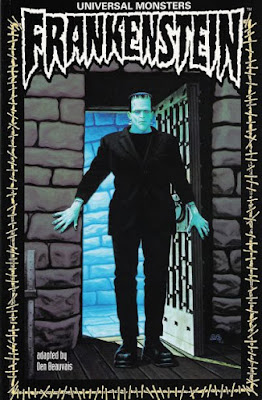 First up was the adaptation of Frankenstein in June, 1993, by Den Beauvais, which is an airbrushed piece, harkening back to the birth of Frankstein's Monster...

...or make you run out to see the original movie.


Creature From The Black Lagoon 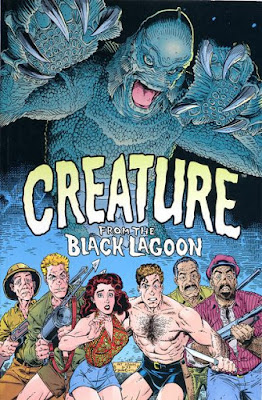 Truly, the best of the Dark Horse adaptations, with adapted story by Steve Moncuse and art by Art Adams and Terry Austin, this tale came out in August, 1993...


...so remember to bring along your scuba gear so you can catch a breath reading of the Creature From the Black Lagoon! 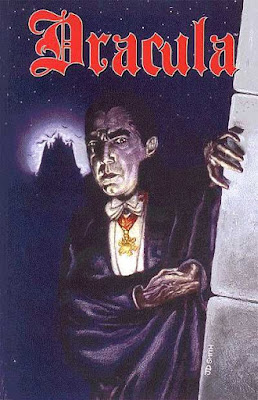 Straight from the wilds of Transylvania, the Count was adapted by writer Dan Vado and artist Jonathan D. Smith who painted the story of the world's most famous bloodsucker...

...making you feel like Dracula and want a drink of something as well after you read this adaptation from October, 1993! 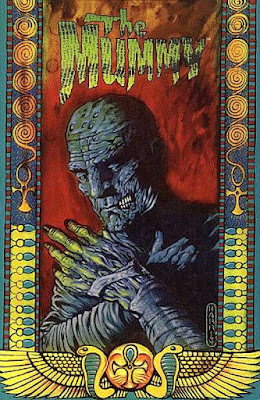 Deep in the heart of a tomb in Egypt, the Mummy's movie was brought to life in November, 1993 by writer Dan Jolley and artist Tony Harris...

...this tale with keep you wrapped up in suspense...

...at least long enough to finish the tale.

Sadly, the planned volume for the Wolfman never saw the light of the moon.
Posted by Dave's Not Here Comic Blog at 3:35 AM