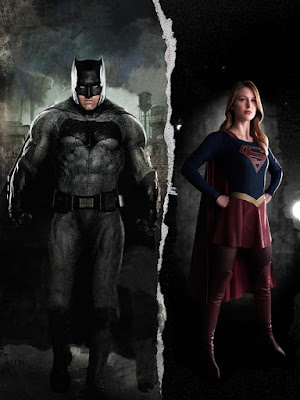 With Batman surging in popularity due to Gotham and Batman v. Superman: Dawn of Justice, and a new Supergirl TV show appearing on CBS, one has to wonder about meetings of the Darknight Detective and the Maid of Might!

Wonder no more, as here are a few of the more important Batman/Supergirl meetings of the Silver and Bronze Age!

Brave and the Bold 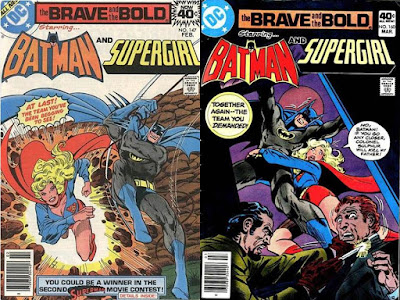 Batman regularly teamed up with many heroes in Brave and the Bold, being the regular star since Brave and the Bold #74 (October-November, 1967), and Supergirl did make one appearance in B&B (with a different co-star, in B&B #63 in 1965), but it took until Brave and the Bold #147 (February, 1979) for Batman and Supergirl to team up in B&B, with "Death-Scream From The Sky!" in a story by Cary Burkett and beautiful art by Jim Aparo, with the pair facing off against JLA foe, Dr. Light and his Children of Light.

This story proved popular enough to have the duo reteam in Brave and the Bold #160 (March, 1980) by the same creative team, with Batman and Supergirl working to save Supergirl's adopted father, Fred Danvers, from Batman foe, Colonel Sulphur, in "The Brimstone Connection". 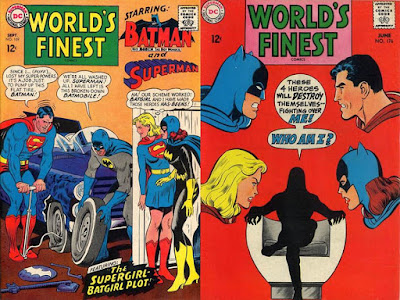 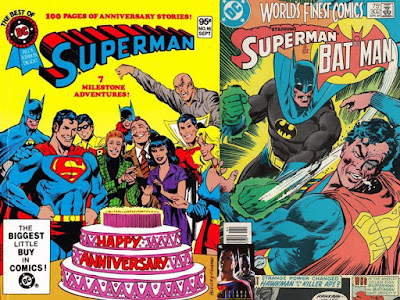 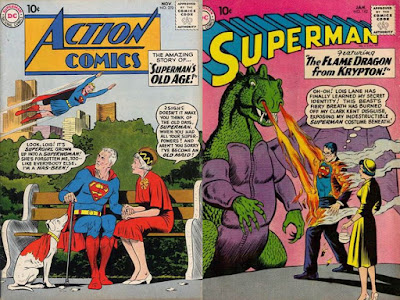 Supergirl was a regular feature in the back of Action Comics, and a more than occasional guest in Superman's main title, and this is where Supergirl first met Batman.  Supergirl started off as Superman's secret weapon, training to learn how to safely use her super-powers, and one of her tests involved Batman and Robin, saving them from a collapsing Batcave in Action Comics #270 (November, 1960) in "Supergirl's Busiest Day" by Jerry Siegel and Jim Mooney, with the Dynamic Duo giving her a batgirl costume by the end of that day (but it seemed Supergirl had knowledge of Batman before...this was the earliest appearance of Supergirl and Batman together).  Supergirl and Batman worked together for the first time in Superman #142 (January, 1961) with the "Flame-Dragon From Krypton" by Jerry Siegel and Wayne Boring, with Supergirl and Batman working together to save Superman from getting his identity exposed to Lois Lane! 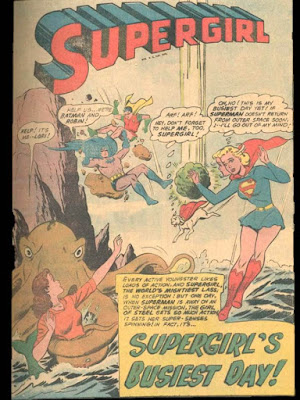 ...just letting you know so you won't have as hectic a day as Supergirl did, trying to find these stories!

Posted by Dave's Not Here Comic Blog at 3:09 AM