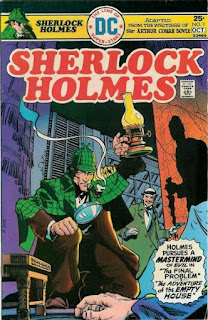 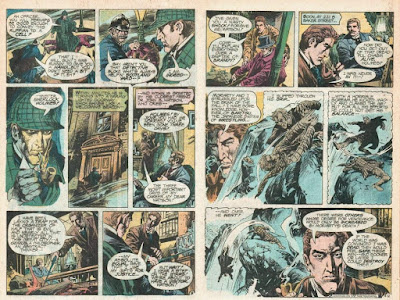 The issue adapted "The Final Problem", intended to be the end of Holmes and his foe, James Moriarty, and "The Adventure Of The Empty House", where Doyle bowed to popular demand, and had Holmes and Dr. John Watson return (with Holmes having faked his death to draw out Moriarty's minions).

A true mystery as to why there were never more, or where they would have gone from here....

Posted by Dave's Not Here Comic Blog at 2:24 PM