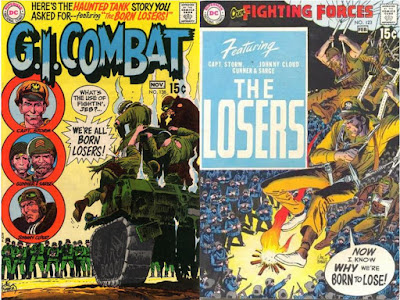 It's a sad fact of comics that at some point characters lose their own features, but very rare for those losers to get back together and make something of themselves.

Such was the case for Captain Storm, Johnny Cloud, Gunner and Sarge....all features set during World War II who lost their own individual features, but were brought together (along with the crew of the Haunted Tank) in G.I. Combat #138 (October-November, 1969) by Robert Kanigher, Russ Heath and Joe Kubert, and then given their own spot in Our Fighting Forces, starting with #123 (January-February, 1970), by Robert Kanigher and Ken Barr.

But, let's take a quick look back to see where these Losers came from.... 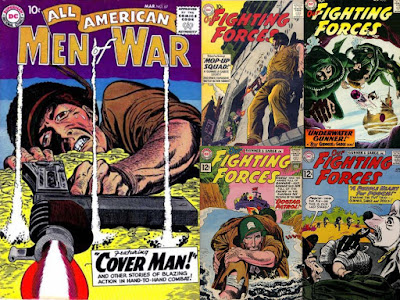 Gunner and Sarge were Marines fighting in the Pacific theater of World War II, starting with All-American Men Of War #67 (March, 1959) by Robert Kanigher, Ross Andru and Mike Esposito, were in the next issue, before moving over to Our Fighting Forces, having a run there for issues #45 to #94 (May, 1959 to July, 1965). 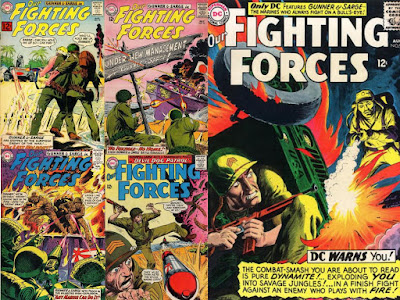 The boys even worked with the brother of Sgt. Rock, the Fighting Devil Dog (Lt. Larry Rock) and Captain Storm in Capt. Storm #13 (May-June, 1966) on the first anniversary of Pearl Harbor.

This was the last appearance of Gunner and Sarge before they were recruited to the Losers. 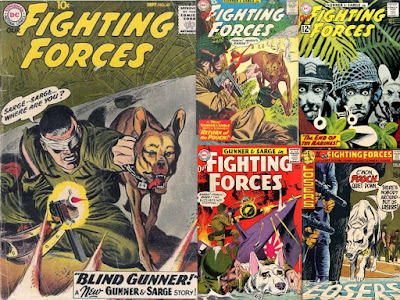 Billy was a combat dog Sarge assigned to Gunner in Our Fighting Forces #49 (September, 1959) by Robert Kanigher and Jerry Grandenetti, but Gunner, resentful of his new partner, just called him Pooch.  Gunner, blinded in a firefight, and separated from Sarge, gets help from Pooch to save Sarge from an incoming tank, so Gunner got use to his new partner.  Pooch appeared with Gunner and Sarge here and there during their run, and eventually joined them in the Losers after their initial appearances. 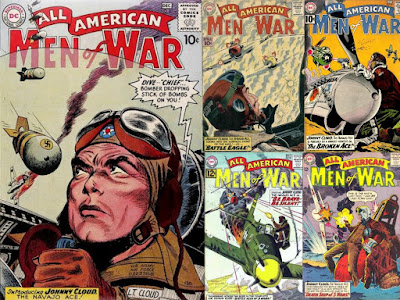 Johnny Cloud was named Flying Cloud by his Navajo Indian Chief father who saw an Indian brave in the clouds above his birth, all related in his first appearance in All-American Men Of War #82 (November-December, 1960) by Robert Kanigher and Irv Novick.  Johnny had worked his way to being a Lieutenant in the U.S. Army Air Corps, and singlehandedly defeated a Nazi squadron of planes that took out his squad, with his dying commander suggesting Johnny should lead his own group, becoming the Navajo Ace. 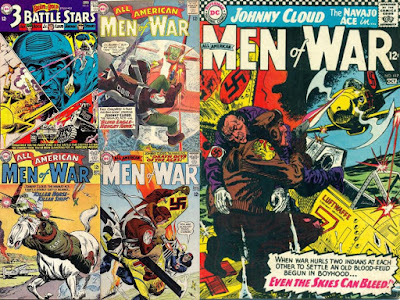 Johnny was eventually promoted to Captain after saving the life of a French operative with Sgt. Rock and Jeb Stuart (of the Haunted Tank) in a tale chronicled in Brave and the Bold #52 (February-March, 1964), and continued on working with both men over the years, including past the end of his solo features in All-American Men Of War #117 (September-October, 1966). 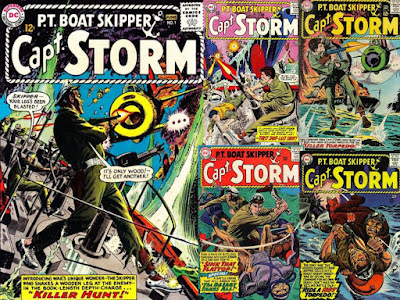 Lt. William Storm is given command of a U.S. Navy PT Boat in Capt. Storm #1 (May-June, 1964) by Robert Kanigher and Irv Novick, but it is taken out on its first mission by a Japanese submarine.  Storm survives, but loses a leg in the water, having it replaced by a wooden one after he is found. 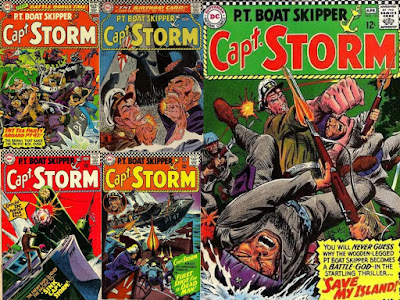 Instead of accepting a transfer home, Storm fights for another command, and, in spite of his handicap, proves himself a worthy commander with another PT command.  Storm first meets Gunner, Sarge and Pooch when taking them off their Pacific island in Our Fighting Forces #87 (October, 1964), and meets Lt. Larry Rock in Our Fighting Forces #95 (October, 1965).  Storm's solo adventures end with Capt. Storm #18 (March-April, 1967). 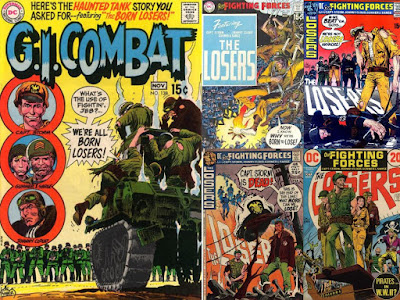 The Losers worked together in Our Fighting Forces, and occasionally helping other of DC's war time heroes.  Captain Storm proved particularly prone to injury, as he was presumed dead for a time (starting with #135, replaced by Norwegian freedom fighter Ona Tomsen).

Storm was later found, having lost an eye (taking away his original premise, being close to the story of President John F. Kennedy's time on a PT Boat). 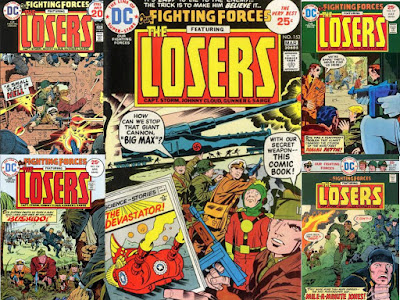 Writer/artist Jack Kirby took over the series for a memorable run of issues (#151 to #162), as Jack Kirby drew upon his real life experience as a soldier during World War II (though he was not allowed to do all the covers for the book during the length of his run). 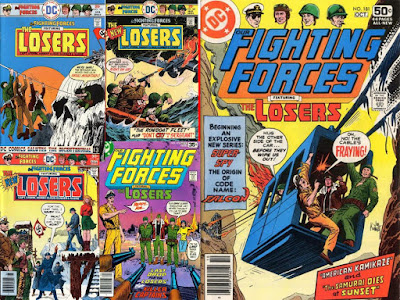 After Kirby, the title continued on, still fighting the good fight in World War II, at least until Our Fighting Forces #181 (September-October, 1978), at which point the Losers lost their title. 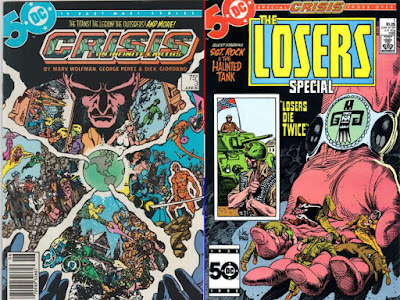 The team appeared a few more times in the Unknown Soldier title, before facing their end in the Crisis On Infinite Earths #3 (June, 1985) working with Sgt. Rock and Easy Company, the Haunted Tank and time displaced heroes including Geo-Force of the Outsiders to save Markovia.  Their final mission, without all the time travel additions, was chronicled in the Losers Special #1 of 1985, where the Losers lost, and were never to be seen again.... 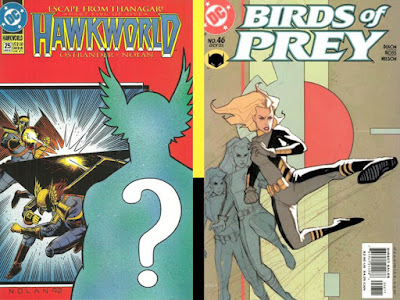 The Losers did live on, with a relative of Johnny Cloud's (Professor John Cloud) helping the Thanagarian Hawkman and Hawkwoman during the run of John Ostrander's Hawkworld, and Black Canary ended up fighting the War Time Forgot on a mystical island with dinosaurs, and included a time lost Gunner and Sarge (who had taken a dinosaur as a new Pooch) at the end of Chuck Dixon's Birds of Prey. 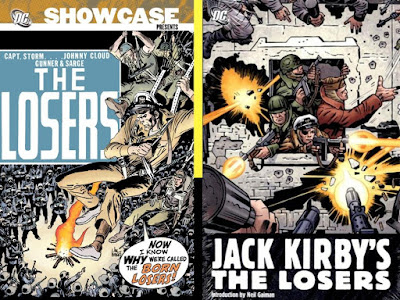 The original Losers had many of their tales reprinted, though mostly in black and white in the Showcase Presents The Losers (G. I. Combat #138 and Our Fighting Forces #123 to #150), and the Jack Kirby issues in Jack Kirby's the Losers (with the later tales being lost to the ages so far.....and subject to the idiosyncrasies of DC's reprints). 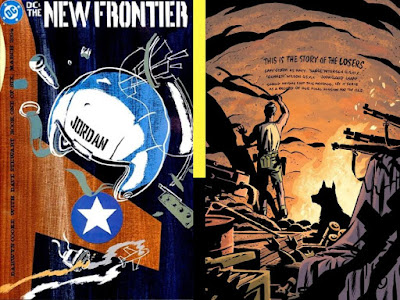 The Losers even lost yet again....fighting dinosaurs during the New Frontier mini-series (all but Johnny dying first, but he recorded their story, before his own death by dinosaur) by Darwyn Cooke....sacrificing themselves quite literally to allow the new breed of super heroes to take center stage, in a world based around the truly secret origin of the Justice League of America, that had the JLA and JSA living on the same world (which Rebirth has put closer to the DC world of now, there seemed to be more to the Crisis...and they didn't lose quite the way the Losers Special showed). 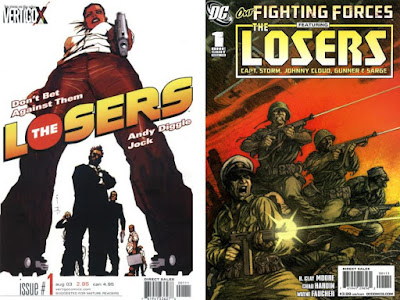 Except that they were seen again.  The Losers were revived as a Vertigo title in the 21st Century (except it wasn't these Losers, but instead secret agents left for dead, who survive to get revenge - though it was once planned to be the original Losers in a book set in the 1950s).  The original Losers even returned in a one shot set in World War II in a book in 2010. 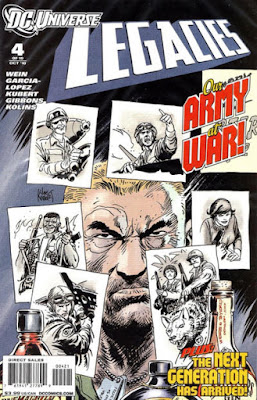 Proving the Losers do what they need to do, even though they feel beaten, they return....

....even during the U.S. Bicentennial, where various legends of World War II gathered to remember the late Sgt. Rock in DCU: Legacies #4 (October, 2010) including the Losers, who seemed to somehow have survived World War II and had lives afterward!