Batman And Robin At The New York World's Fair 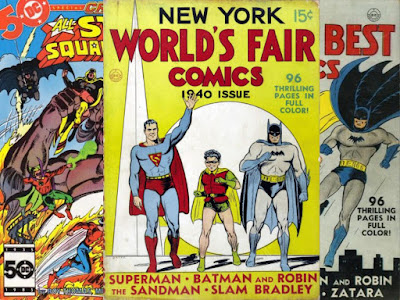 Here is an odd comic book, a promotional item that was distributed at the New York's World Fair....the second issue of New York World's Fair Comics #2 of July, 1940, with Superman, Batman and Robin enjoying the Trylon and Perisphere structure at this event, as shown on the cover drawn by Jack Burnley.

But, this issue is very significant for Batman's history and the whole of the DC Universe as well! 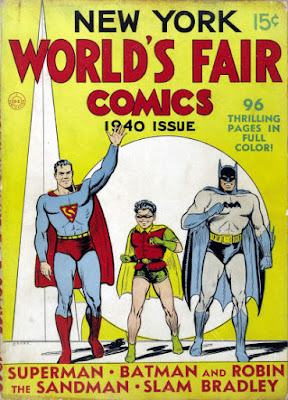 Seems Gotham City must be pretty close to New York City, as Bruce Wayne and Dick Grayson did visit the second New York World's Fair in 1940 in a story by Bill Finger and Bob Kane, where the Dynamic Duo face off against an evil scientist, Dr. Hugo Vreekill, who invented a device which melts steel.  Batman and Robin go into action, and stop the scientist, who decides to electrocutes himself rather than end up in prison.

This issue also features separate stories of Superman, Slam Bradley, Zatara, Hourman, Sandman, Johnny Thunder and more, who also attend the fair, though none of these heroes seem to meet each other....but, this cover is the first time Superman and Batman share the spotlight! 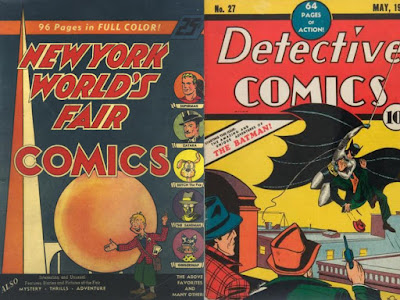 It's worth a mention that the second issue wasn't really labelled as a second issue, but that there was a previous issue of New York World's Fair Comics that was tied to the 1939 World's Fair, coming out in April of 1939, including stories of Superman, Scoop Scanlon, Slam Bradley, Sandman, Zatara and more, even if Superman was miscolored on the cover.

But, where was Batman? 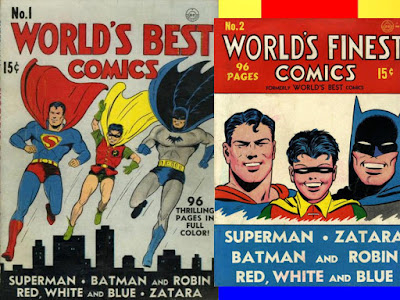 These issues proved so popular, that DC Comics continued the idea with World's Best Comics #1 (Spring, 1941), with a cover by Fred Ray, with individual stories of Superman, Batman, and other characters like the Crimson Avenger, Johnny Thunder, the King and more.  This title turned into World's Finest Comics with its second issue in Summer of 1941, and eventually became a title that featured team-ups of Superman and Batman, after the two characters had a few first meetings! 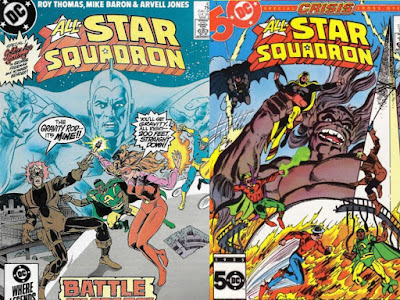 Even better, Roy Thomas, always keeping an eye on history, used the Trylon and Perisphere as the headquarters for his massive team of Golden Age heroes, the All-Star Squadron (including an issue where Batman faced off against Oom of Mr. Mind's Monster Society of Evil). 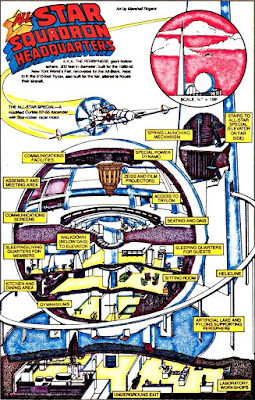 Posted by Dave's Not Here Comic Blog at 3:50 AM