Doom Patrol Opposite: Brotherhood Of Evil 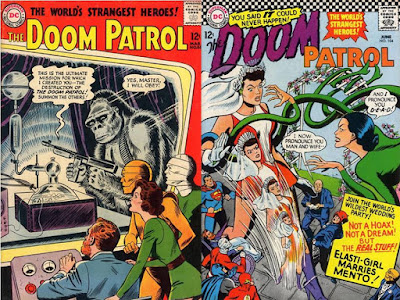 The original Brotherhood of Evil members were as follows.... 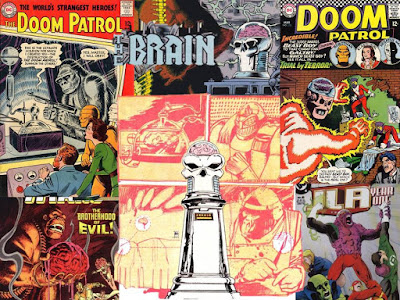 The founder of the team, the Brain was, well, not only the brains of the operation, but truly the brains behind it all....and a disembodied brain in a bottle.

A French scientist who experimented on animals, and a rival of Niles Caulder, the man who became the Brain had his body damaged in an explosion, but was saved by one of his experiments, who transplanted his still living brain into a self-contained unit to keep him alive. 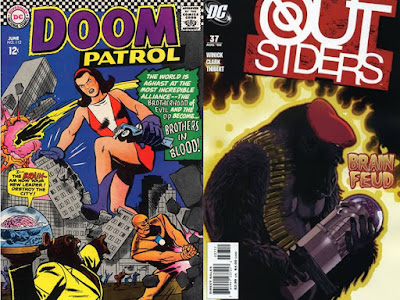 The Brain gathered the Brotherhood of Evil together, using his incredible intellect, and plotted to take over the world, and to have revenge on Niles Caulder (the Chief of the Doom Patrol).

Part of those plans involved recruiting others to help him.....and the Brain started with the one he knew best! 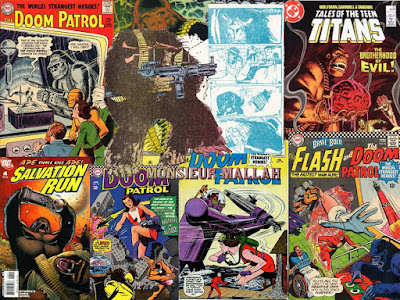 The Brain needed muscle, and that was provided by Monsieur Mallah, an ape that the Brain evolved so that he could speak and think, with an I.Q. of 178, and function for the Brain.

It was Mallah that saved the Brain, and had him transplanted into the jar that saved his life.  Mallah often worked to keep his friend alive, and to do whatever the Brain needed him to do. 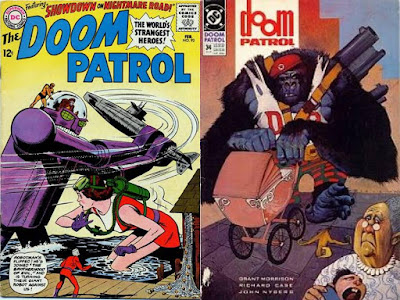 Mallah took over the functions of Rog, a giant robot, in Doom Patrol #93 (February, 1965 by Drake and Premiani), whom Mr. Morden used in the Brotherhood of Evil's first appearance (Mr. Morden was trying to join the Brotherhood, but failed, and became a real nobody).

But, the team had another member, that the Brain also helped create.... Laura De Mille was a famous actress, until an automobile accident helped her develop a split personality....that the Brain and Monsieur Mallah took advantage of.

Laura became the headmistress of a Paris girls' school (which was also a front for the Brotherhood....and what school kid didn't feel their teachers were evil?).  First, Madame Rogue used her actress talents to disguise herself, but the Brain enhanced her powers in Doom Patrol #90 (September, 1964, by Drake and Premiani).  This story also gave hints of her split personality...and, a little later, her love for the Chief. 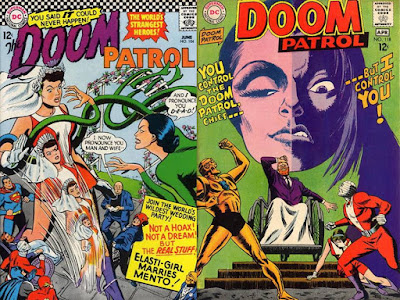 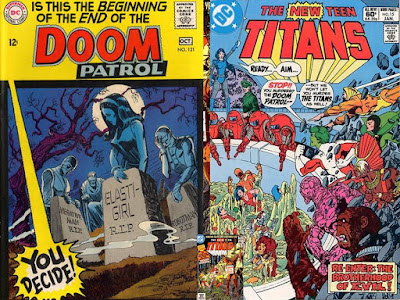 Madame Rogue went truly evil, teaming up with Captain Zahl, an ex-Nazi U-Boat commander, and seems to destroy not only the Brotherhood of Evil but the Doom Patrol as well in Doom Patrol #121 (September-October, 1968, also the issue which introduces Zahl).  It took some time, but Robotman did return, and with the help of Beast Boy (who was using the name of Changeling, and working with the new Teen Titans), finally ends the menace of Rogue and Zahl in New Teen Titans #13 to #15 of November, 1981 to January, 1982 (though a form of Rogue returns with Gemini, in later Brotherhood incarnations, as does the Brain and Mallah, with more Brotherhood recruits). 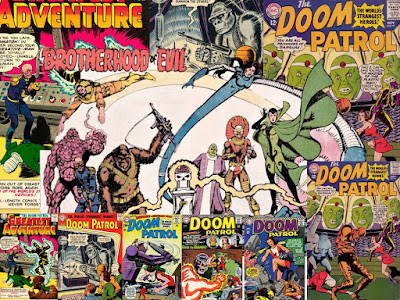 The Brotherhood of Evil also worked with Doom Patrol foes General Immortus (who was a foe of the Doom Patrol since My Greatest Adventure #80 of June, 1963) and Garguax (an alien invader who menace the Earth since Doom Patrol #91 of November, 1964).  The Brotherhood of Evil even got new members like Plasmus, Warp, Houngan and Phobia, but that was later, and introduced in the the pages of the New Teen Titans (and we'll get around to them later....after giving you a chance to meet some of those new Teen Titans!). 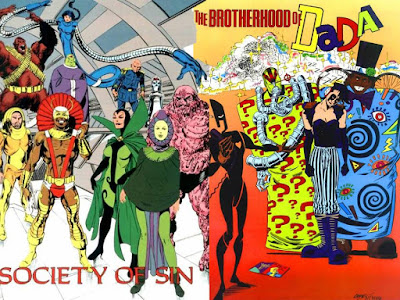 The Brotherhood of Evil must have gotten self conscious about the name at some point as well, changing over time to the Society of Sin (adding Trinity) and the Brotherhood of Dada (founded by Mr. Nobody)....but, also, stories for another day about how evil changed and grew!