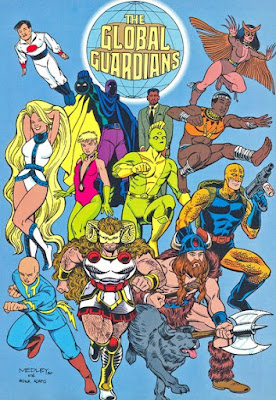 The world needs heroes...and sometimes, the world supplies them.

Such was the idea behind the Global Guardians, heroes from around the world that would work together to solve problems.

Here, we take a quick look at where these heroes came from, and how they eventually came to gather in stories by E. Nelson Bridwell and Ramona Fradon (with Romeo Tanghal on the last two Super Friends issues, and Alex Saviuk on the DC Comics Presents)....

As the Earth was threatened by the villainous Superman foe, Grax, the Justice League of America had to go into action around the world, so they recruited help from where they had to go.... 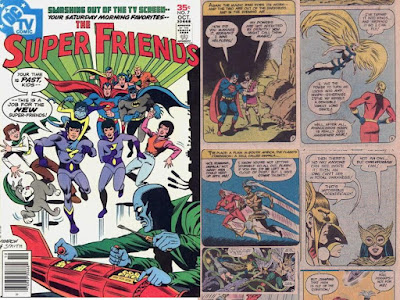 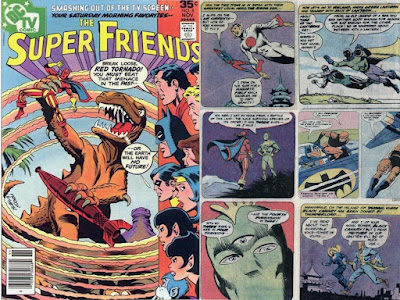 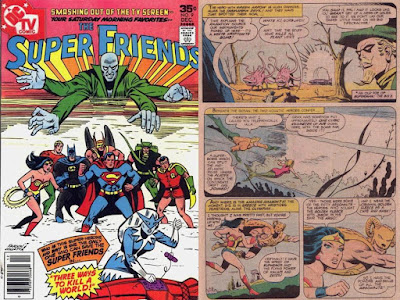 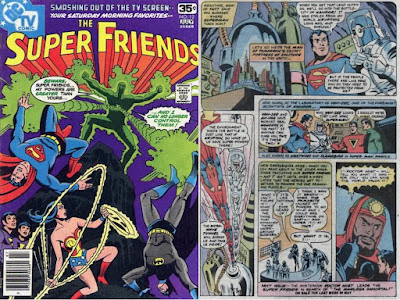 Doctor Mist (Nommo) appeared at the end of another problem in this issue, and the Super Friends helped him deal with it in the next issue.  Doctor Mist would be the man to help form the Global Guardians (although details wouldn't be revealed until later....). 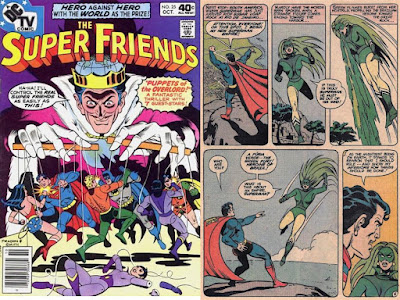 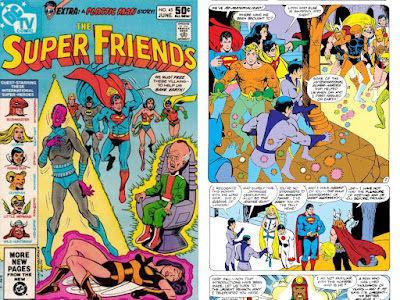 The Wild Huntsman (Albrecht von Mannheim) of Germany first appears, as Doctor Mist calls together the team, with this batch including Godiva, Bushmaster, Little Mermaid, the Olympian and the Rising Sun to deal with villains being captured. 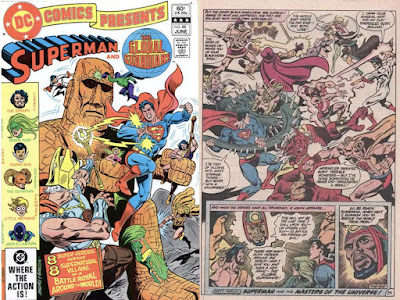 Here, Doctor Mist recruits Superman, along with Seraph, Green Fury, Rising Sun, the Olympian, Little Mermaid and Jack O'Lantern to fight the mystical menace of Thaumar Dhai and magical enemies of the team (and they finally officially are the Global Guardians). 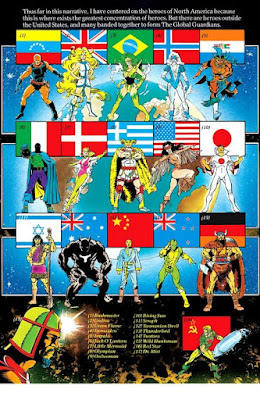 Various individual members of the Global Guardians appear, defending the Earth in Crisis On Infinite Earths #12 (March, 1986), including Doctor Mist, Godiva, Green Fury, Jack O'Lantern, Little Mermaid, Owlwoman, Rising Sun and Thunderlord, with Red Star (Leonid Kovar , the former Starfire) of Russia mentioned among them (but he was not a member of the Guardians, later going on to join the Titans).

More members and more history of the team would later be revealed in Infinity, Inc., Secret Origins, Justice League International, Justice League Europe and Justice League Quarterly (including their ties to the Batmen of Many Nations), but this seems to be a good place to stop, as this huge team assembles. 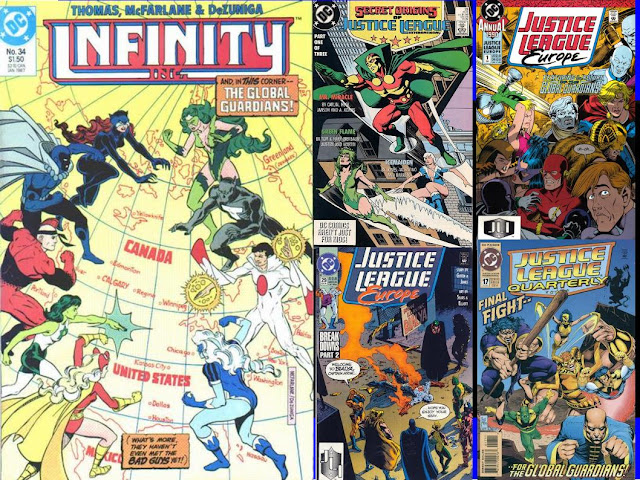 Posted by Dave's Not Here Comic Blog at 4:47 PM