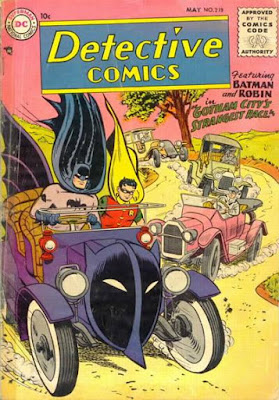 Batman and Robin have to make an old car into a Batmobile for a case!


All the excitement for this special issue is under the J. Winslow Mortimer cover for Detective Comics #219 (May, 1955)...


...with the Dynamic Duo busting out a special version of the Batmobile in a story by drawn by Sheldon Moldoff and Charles Paris! 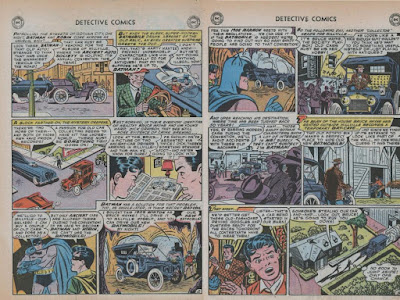 Batman and Robin were spotted a gang of criminals who were driving old cars, and felt they may be using them to commit crimes.  So, the Dynamic Duo fixed up their own 1905 Batmobile, and entered the Millville festival for classic cars.    Bruce Wayne also entered an old car in the race, but the thieves took that car, with Batman tracking it down, but not being able to apprehend the thieves. 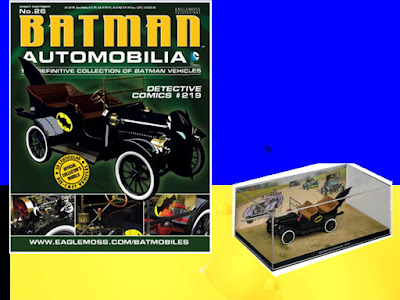 The thieves then go after a car owned by Jack Tallant, who has a car identical to the one Bruce Wayne had.  Checking the car, Batman finds it had a gas tank made of solid platinum, worth a fortune.  Batman figures that is their target and captures them.


Best of all, Eaglemoss made a replica of this vehicle as well!