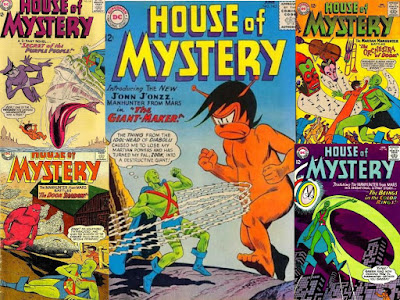 Yes, there is a Zook, and he's been a friend of the Martian Manhunter for years!

While not as big a part of his life now, the helpful little alien was at one time....

....here are a few of his appearances! 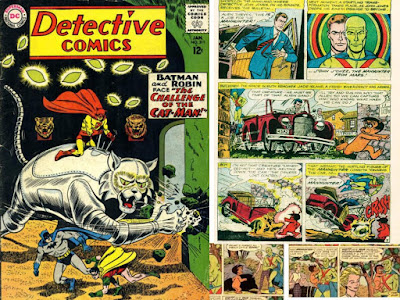 Zook premiered in Detective Comics #311 (January, 1963) by Joe Certa in the Martian Manhunter feature entitled "The Invaders From The Space Warp", where Zook came to Earth along with three other alien invaders, and while J'onn J'onnz sent the others home, Zook didn't make it (as noted by J'onn's friend, Diane Meade, claiming him as a pet).  Probably a good thing he stayed, as Zook rescues J'onn in the very next issue (still getting no respect). 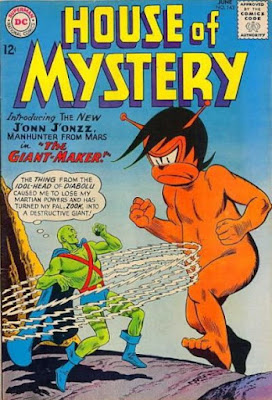 Zook moves along with the Martian Manhunter over to the House Of Mystery (#143 of June, 1964), where, Zook becomes a big threat to J'onn with the help of "The Giant Maker" by Jack Miller and Joe Certa.

As J'onn had abandoned his identity as John Jones to a supposed death in his last issue in Detective Comics, he thought he could spent more time searching down the Idol-Head of Diabolu (a mystic item that causes unimaginable threats).

One of those threats was an enlarged and enraged Zook!

J'onn was able to stop his friend from hurting him (or himself), and Zook was restored back to normal by the end of the issue. 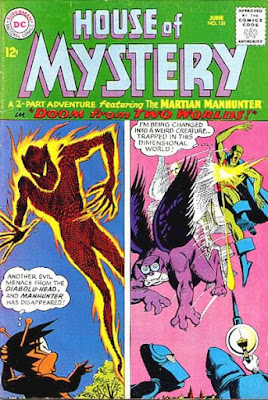 Zook's last cover appearance was House Of Mystery #151 (June, 1965 by Jack Miller and Joe Certa) helping the Martian Manhunter against "The Doom Of From Two Worlds" (more menaces from the Idol-Head). 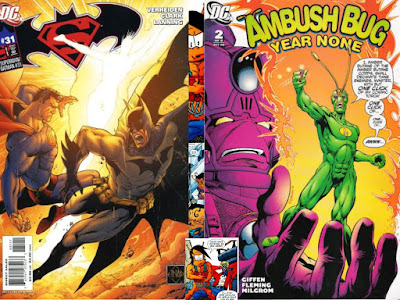 Mostly forgotten in the modern age, Zook was revived as a sentient shape-changing Martian plant (Zo'ok), that J'onn J'onnz used to make his shape-changing costume during the John Ostrander Martian Manhunter run (specifically mentioned in Martian Manhunter #16 of March, 2000), shows up with everybody in Solo #7 of December, 2005 by Michael Allred in his normal form, and then even menaced Superman and Batman during Superman/Batman (in Superman/Batman #31 of January, 2007), before dying in Ambush Bug: Year None #2 (October, 2008).

Quite a few appearances for an "imaginary friend"....no matter what J'onn's dad says on the CW Supergirl!
Posted by Dave's Not Here Comic Blog at 4:11 AM