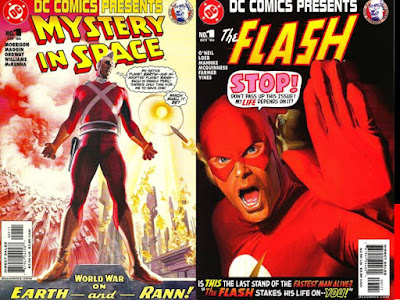 Alex has done many covers (and interiors) over the years for DC, and these are two of his more recent, or at least 2 done in the 21st Century, as wonderful homages, based on classic Silver Age covers created when Julie Schwartz was an editor at DC, who used the idea of creating a cover, then building a story around it. 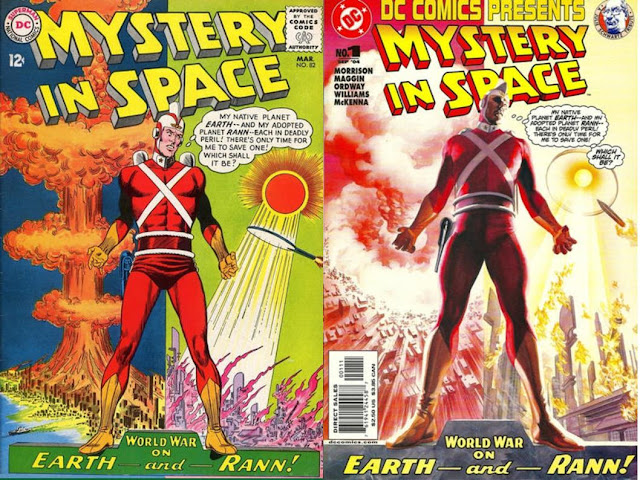 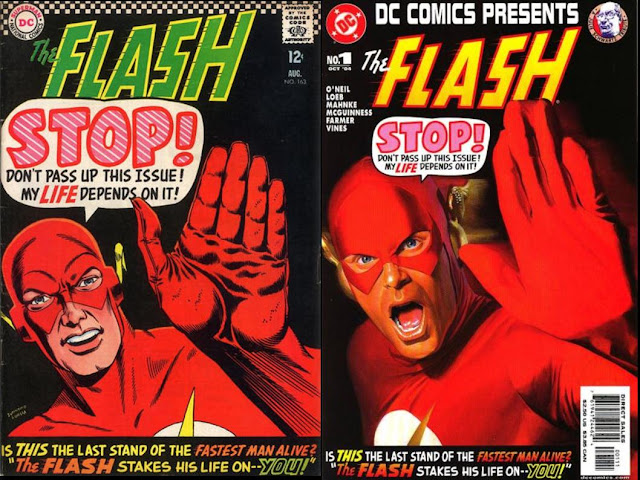 These were part of a group of covers designed to honor the work of Julius Schwartz, and included modern covers by Adam Hughes, Brian Bolland (covering Gil Kane)and Jose Luis Garcia-Lopez. 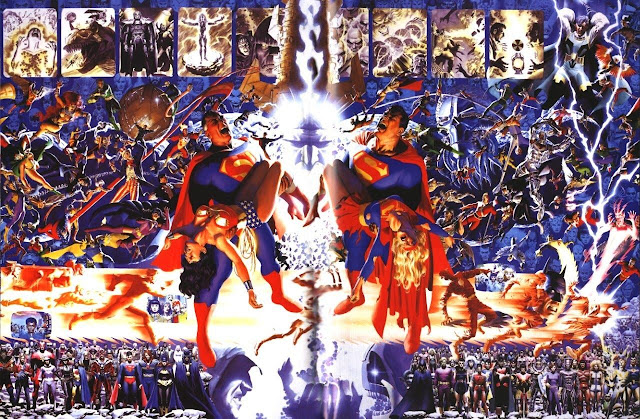 Alex Ross, among other things, helped complete this painting of the Crisis On Infinite Earths with George Perez.

Posted by Dave's Not Here Comic Blog at 1:56 PM