The Man Who Lived Forever 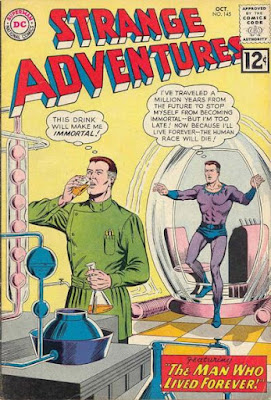 What would you do if time no longer mattered?

That's what Evans Talbot had to find out after he made himself immortal in Strange Adventures #145 (October, 1962), all under this cover by Murphy Anderson.

The Man Who Lived Forever 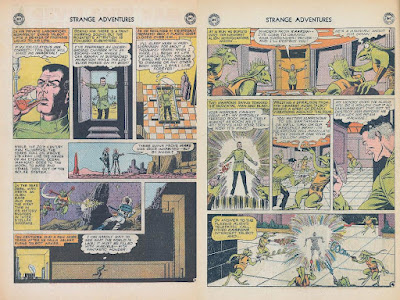 In a story by Gardner Fox and Murphy Anderson, scientist Evans Talbot had to figure out what to do with all his time, after making a serum to give himself immortality.

After drinking this serum, he had to hibernate for a thousand years....during which humans found aliens named the Kaasin, and were conquered by them.

Evans went about and freed them (after he awoke). 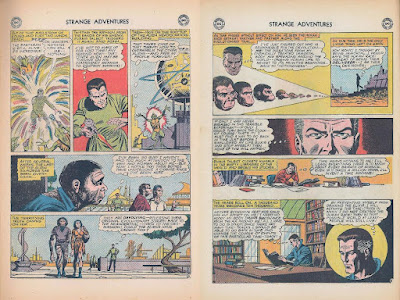 But, then Talbot found out the secret of his own immortality...that he had devolved humanity as well.

So, with literally nothing but time, Evans set about to invent time travel to stop himself....and, though becoming a master of time, he was still too late.

Still, he drew the immortality out of his younger self, and with that double immortality, devolved the Kaasin in his own time (giving up his immortality as well, but devoting himself to help the future of humanity!).