Remembering actor Aron Eisenberg on his birthday (January 6, 1969 - September 21, 2019), most famous for his role as Nog, the tenacious Ferengi from Star Trek: Deep Space Nine. 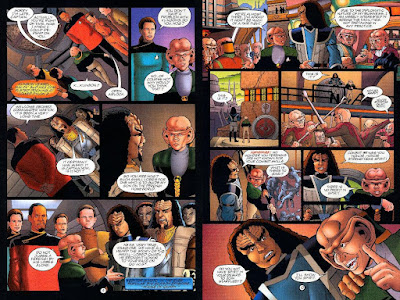 A one shot issue about Nog's adventure helping a Klingon diplomat on the Ferengi homeworld, showing Nog's eagerness and interest in Starfleet, with the issue also including containing a biography of Aron.

Posted by Dave's Not Here Comic Blog at 1:04 PM