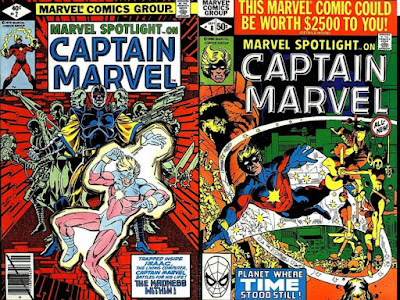 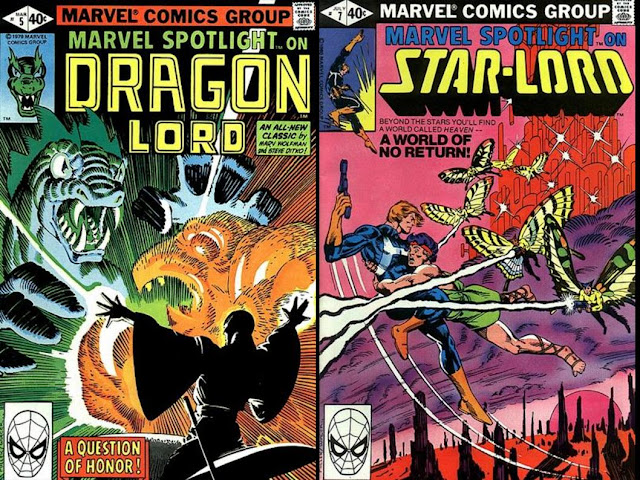 Frank also supplied a couple of other covers for Marvel Spotlight, #5 from March 1980, featuring a Godzilla story reworked into Dragon Lord, and #7 from July, 1980, featuring Star-Lord, with both of these inked by Bob Wiacek.

On the shoulders of these would come greatness...

Posted by Dave's Not Here Comic Blog at 6:27 PM