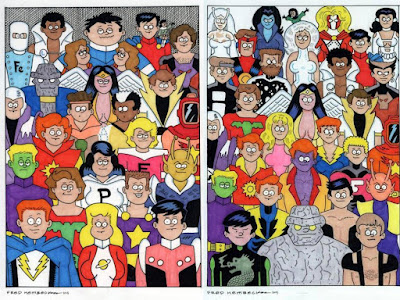 While Fred Hembeck did an incredible amount of work for both DC and Marvel Comics, today (as it is his birthday), we celebrate his large amount of work on one of DC's largest groups...

...the Legion of Super-Heroes! 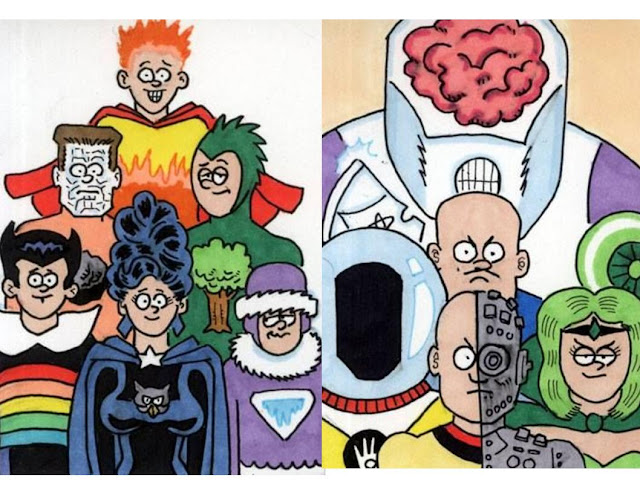 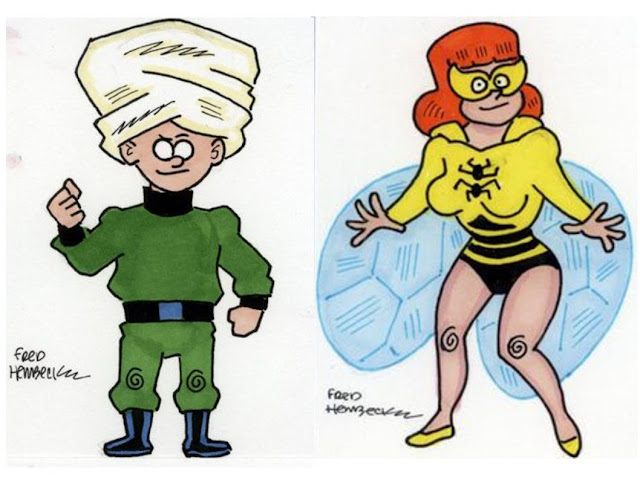 There's been various humor strips on the Legion, as well as mystery characters like Satan Girl and the Tornado Twins that have had ties to other DC heroes! 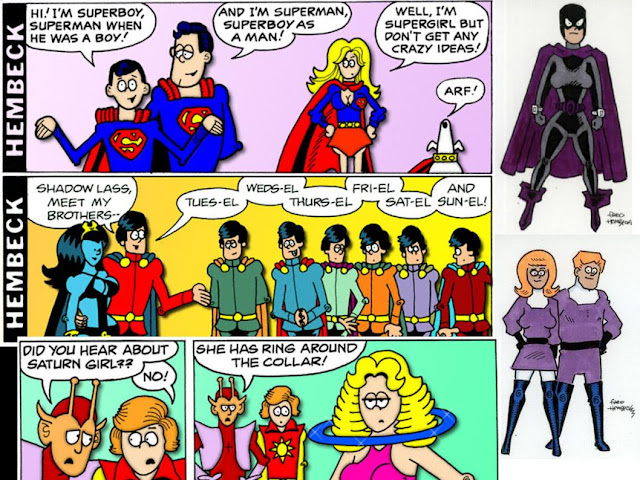 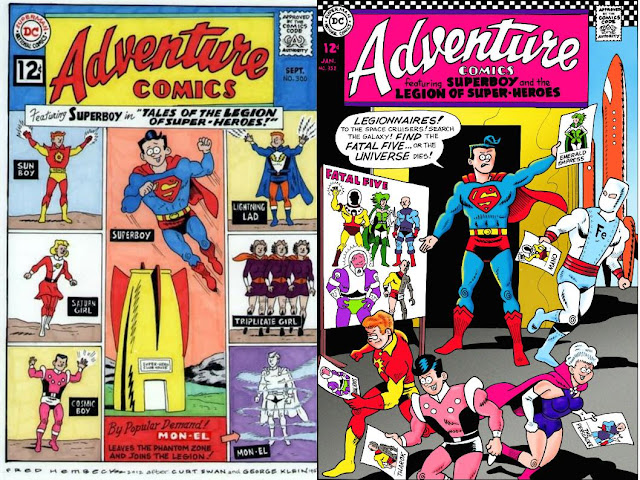 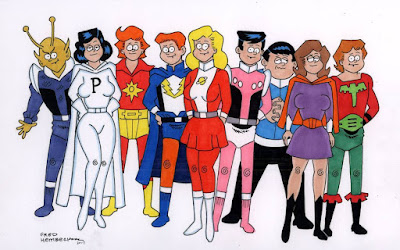 It's easy to see why Fred Hembeck has a Legion of fans!

Posted by Dave's Not Here Comic Blog at 4:14 PM