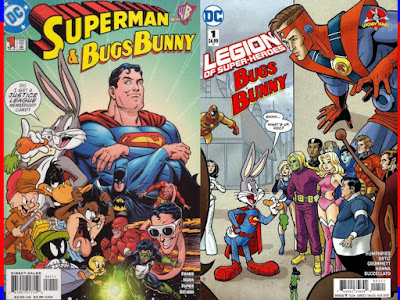 
While in more recent years, he's appeared with some of his "super friends" as a part of the greater Warner Brothers universe....Bugs Bunny has had quite the history! 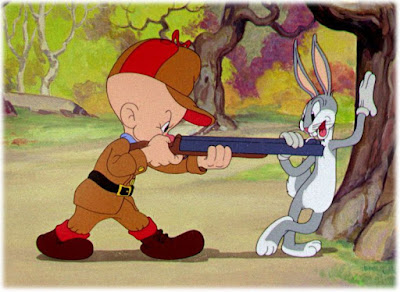 While Bugs had appeared a few times with Porky Pig starting in 1938 as Happy Rabbit, the first feature starring Bugs Bunny (as such) was in Tex Avery's "A Wild Hare" that came out on July 27, 1940, with Bugs voiced by Mel Blanc, facing off against one of his most persistent foes.....Elmer Fudd! 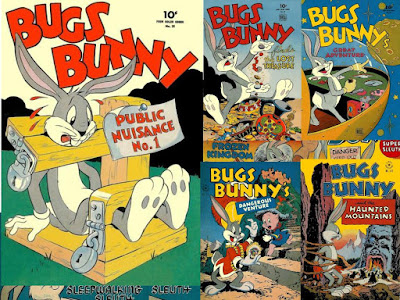 Bugs Bunny had his first foray into comics back in the 1940s, as one of many features in Dell's Four Color Comics, where he continued well into the 1950s, when he got his own series starting with issue #28 in December-January 1952/1953 (starting there because he had 27 Four Color issues!). 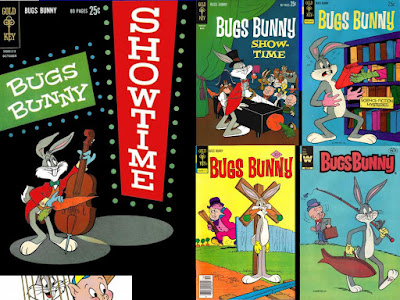 
Still, this wasn't the end for that rascally rabbit! 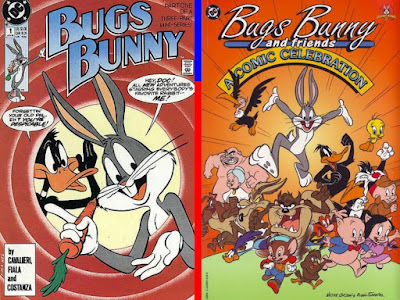 DC started some Bugs Bunny tales with a 3 issue series starting in June, 1990, continuing on with specials, one-shots and Looney Toons comics.....

....and the party will likely be going on well into the future!