Or, at least it makes Banshee scream.  The movie X-Men First Class is a prequel to the recent trilogy of X-Men movies, and deals with an earlier bunch of X-Men than was featured in those movies, and is premiered on Friday, June 3rd, 2011. 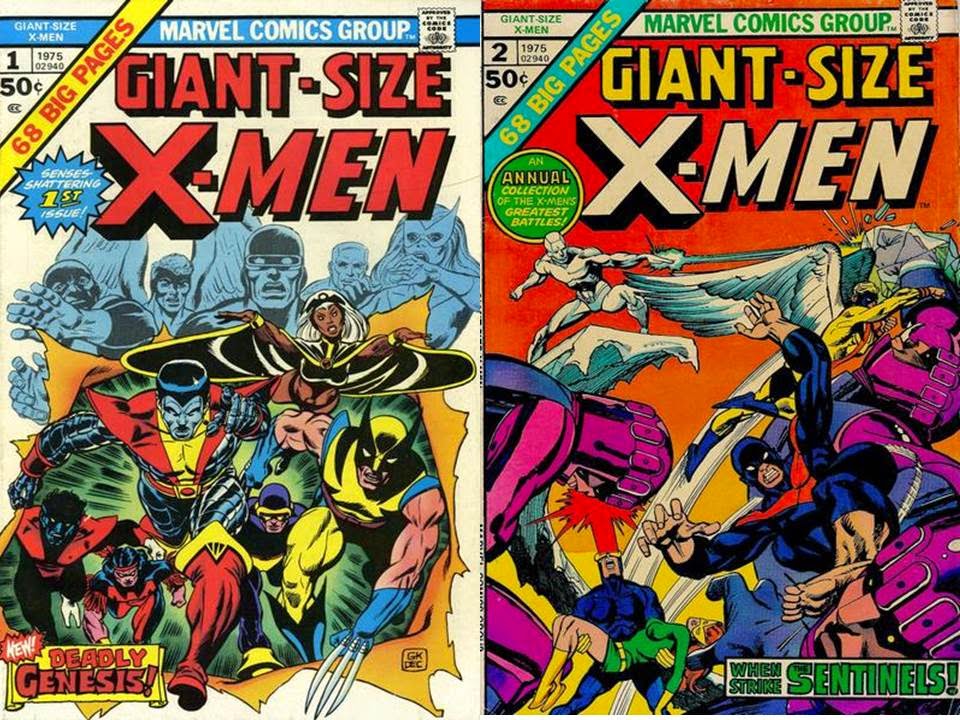 Now, the trio of X-Men movies started a little after the period of Giant Size X-Men #1, where Cyclops had to lead new characters like Storm, Nightcrawler, Thunderbird and Colossus and pre-existing characters like Wolverine, Sunfire and Banshee to save a team of earlier X-Men including Angel, Iceman, Marvel Girl, Beast, Lorna Dane (later, called Polaris) and Havok (this all set up by writer Len Wein and artist Dave Cockrum, and John Byrne showed what some of the later X-Men would have looked like had they really been in the First Class with the cover of Comic Reader #167!  People who saw only the movies might have thought Wolverine, Storm and Nightcrawler might have been original X-Men, but…just not the case). 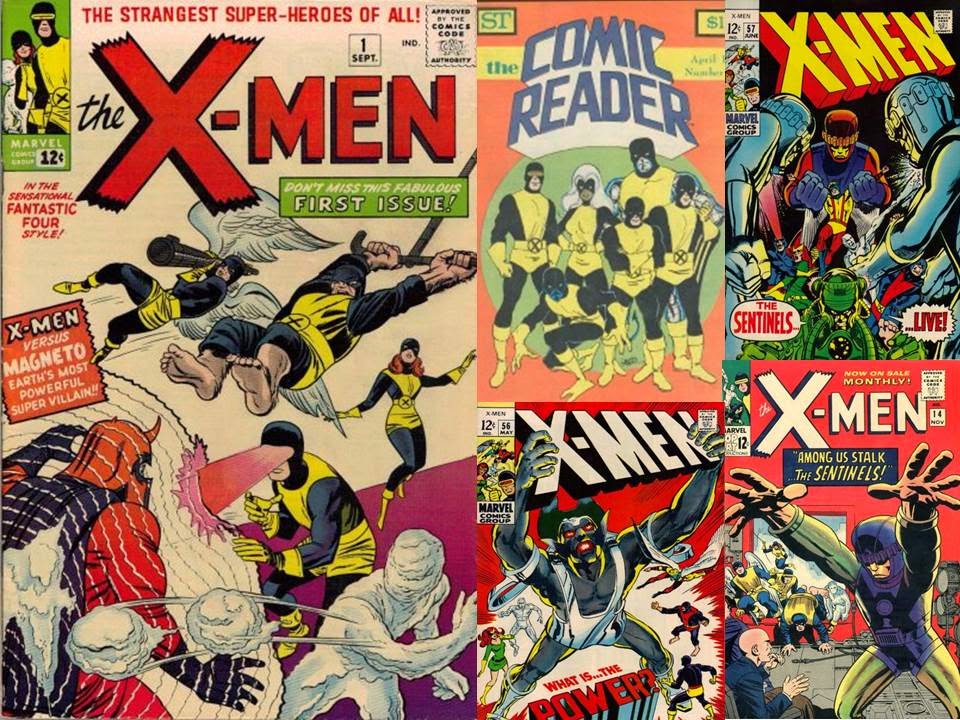 The REAL X-Men first class was Cyclops, Iceman, Beast, Angel and Marvel Girl, who premiered in X-Men #1 by Stan Lee and Jack Kirby in September 1963.  The X-Men First Class movie picks up the idea of having the X-Men active in the early 1960s, but because some original characters were introduced in the 3 X-Men movies as new (like Iceman and Angel), the movie makers had to take a few liberties with comic continuity, and moved a few characters who were around pre-Giant Size X-Men #1 and make them into X-Men earlier. 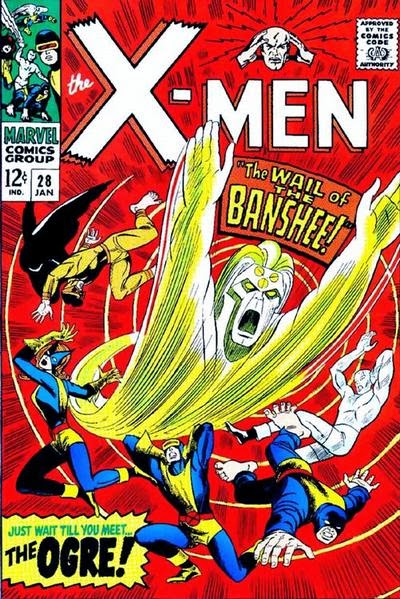 First up is Banshee.  Sean Cassidy premiered in X-Men #28 (January 1968) entitled “The Wail of the Banshee” by Roy Thomas and Werner Roth and he started as a foe of the Uncanny X-Men!  Possessed of ultrasonic mutant powers that allowed him to fly and fire sonic disruptive blasts powered by his voice, he first fought the X-Men as part of a group (and had been active behind the scenes for a few issues before this one) called Factor Three.  His first appearance seemed to imply that the Banshee was immortal and may not have been human, but this was dropped in later appearances.  Factor Three consisted of the Mutant Master, Vanisher, Blob, Mastermind, Unus, the Changeling and the Ogre, all foes of the X-Men who used Banshee against the mutant heroes.  Banshee gets free of Factor Three, and goes in search of them, appearing next in X-Men #35 (from August 1967, also by Thomas and Roth), where the evil mutants recapture him.  Banshee gets word to the X-Men, who help rescue him by X-Men #39 (December 1967, written by Roy Thomas and pencils by Don Heck) wherein the X-Men also graduate to individual costumes.  Banshee appears next in X-Men #58 (July 1968) by Roy Thomas and Neal Adams, where he, along with many other mutants are captured by the Sentinels, and freed 2 issues later. 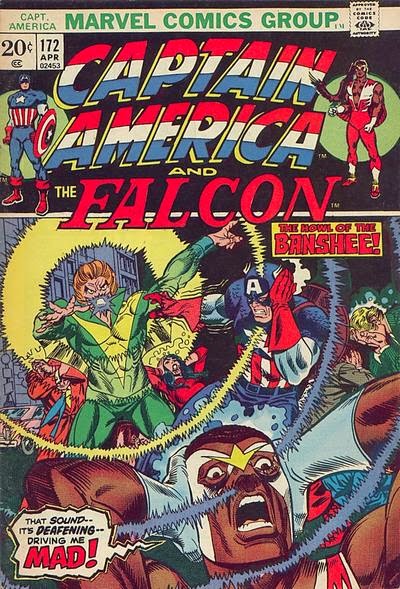 Banshee’s last appearance before Giant-Size X-Men #1 was facing Captain America and his friend, the Falcon in Captain America #172 (April 1974, written by Steve Englehart and Mike Friedrich and pencils by Sal Buscema), wherein Sean is fleeing  the Secret Empire (an evil organization planning to take over the United States who is also capturing mutants).

Banshee things Captain America and Falcon are the Secret Empire’s agents, and defeats the heroic duo to escape (but this leads Cap and Falcon to eventually defeat the Secret Empire and free all the captured mutants, who include the X-Men, a few of their foes, and our next hero who got moved up to First Class by the movie, even if he was only the younger sibling of the Summers' clan!). 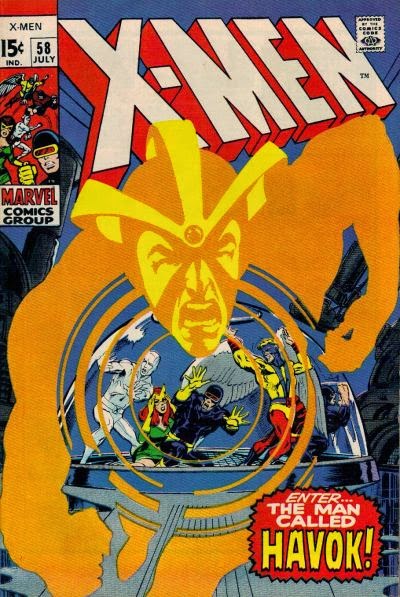 Next is Havok, who had history with the X-Men (or at least one of its members) before his first appearance.  Alex Summers is the younger brother of Scott Summers, aka Cyclops!  Alex Summers made his first appearance in X-Men #54 (March 1969, written by Arnold Drake, pencils by Don Heck) but did not become Havok until X-Men #58 (July 1969 by Roy Thomas and Neal Adams).  Havok is a mutant who can absorb and project cosmic energy, and discovered his powers thanks to the Living Pharaoh, a mutant who has the power to absorb cosmic energy and become the giant Living Monolith!  With the help of the X-Men, Alex defeats the Living Monolith, but faces the Sentinels (and gets his Havok codename from Larry Trask, the son of the creator of the Sentinels).  The X-Men trick the Sentinels into leaving Earth, and Havok meets Lorna Dane during this adventure. 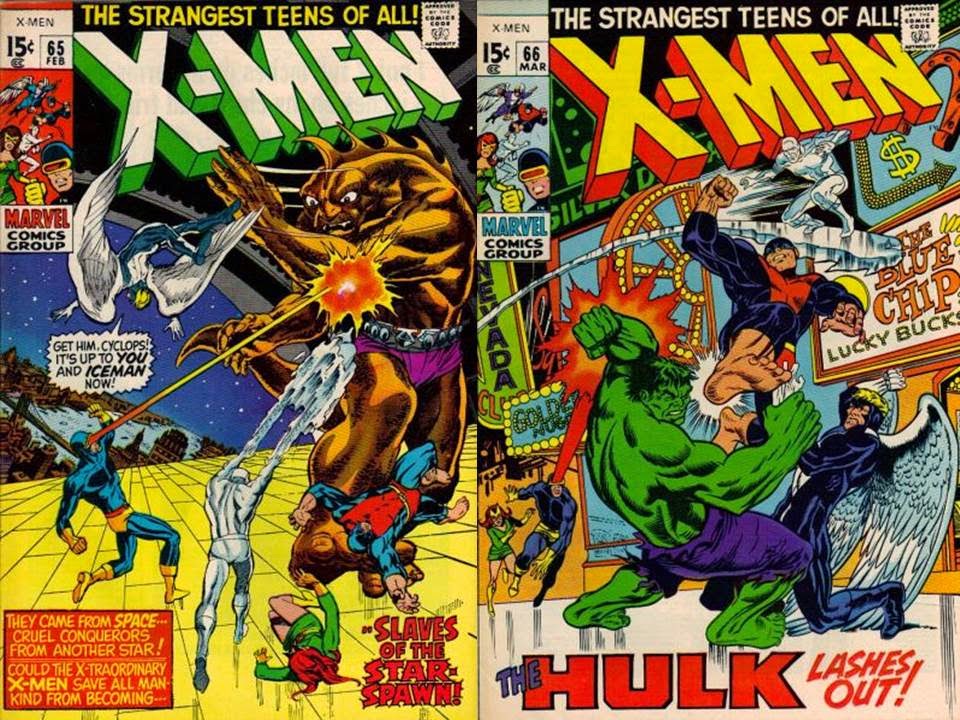 Havok has his powers drained by Sauron (Karl Lykos, a mutant who can absorb mutant life energy, but when he absorbs too much, he becomes a humanoid Pterandon with a fondness for the Lord of the Rings).  The X-Men defeat Sauron, and Havok and Lorna Dane officially join the X-Men in X-Men #65 ( in the story “Before I’d Be A Slave” in the February 1970 issue, by Dennis O’Neil and Neal Adams…Great Guardians, this Green Lantern team worked on the X-Men too?). 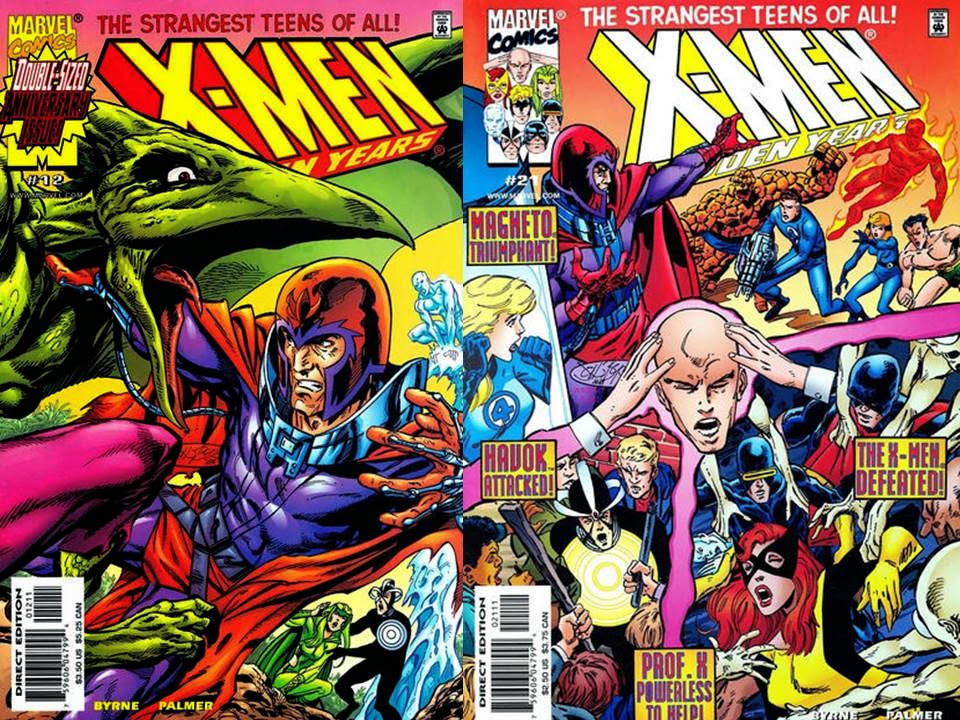 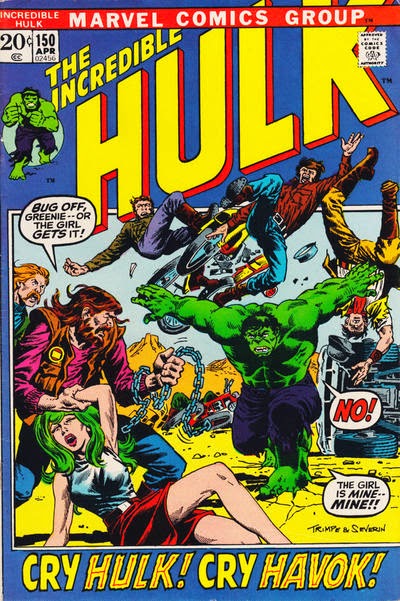 Havok and Iceman quit the team after a fight between them for Lorna’s affections (happens in Incredible Hulk #150, dated April 1972, titled “Cry Hulk, Cry Havok!” and written by Archie Goodwin with pencils by Herb Trimpe – and Herb was there as well for Wolverine's debut!).  Professor X eventually sends Lorna after Havok, where in New Mexico, she is attacked by a biker gang and fends them off with her magnetic powers until the Hulk shows up.  Havok later attempts to save her from the Hulk (who has confused Lorna with his girlfriend, Jarella, due to Lorna’s green hair), and the pair of mutants promise to return to the X-Men. 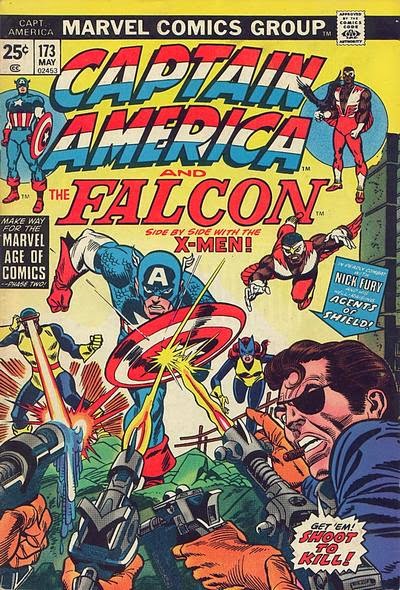 They must have been captured by the Secret Empire before that happened, as they are two of the mutant captives (of the fate Banshee escaped) in Captain America #173-175 along with the original X-Men and many of their foes!  With the American Avenger (and Nick Fury and his agents of S.H.I.E.L.D.) and his partner’s help, the mutants are all freed.  Havok’s first mission back with the X-Men was the expedition to Krakoa, the living island which was in Giant-Size X-Men #1 and formed the new team.  With these facts, you now can be first class in knowledge of the hidden years of X-Men comic lore!
Posted by Dave's Not Here Comic Blog at 6:00 AM