Watching The Monitor: Superman And Friends 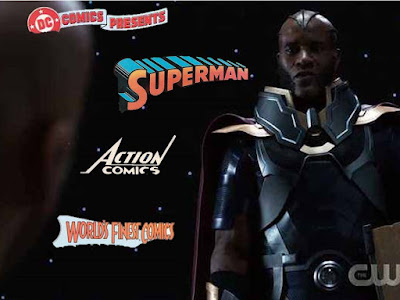 Superman was faster than a speeding bullet, more powerful than a locomotive, and able to leap tall buildings in a single bound....and so much more!

Superman kept a constant watch on the citizens of Metropolis, after moving there from Smallville, but he was also a hero to the world, working with anyone he could to make life better for everyone....yet, he was also being monitored by the Monitor! 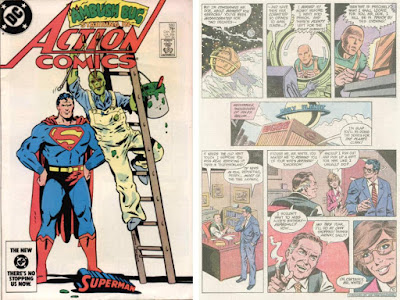 First up is Action Comics #560 (October, 1984) by Paul Kupperberg, Alex Saviuk and Dave Hunt (under a Keith Giffen cover).

After an absolutely ordinary prisoner escapes prison, and Superman stops at his Fortress of Solitude, Superman ends up fighting John Doe (that ordinary villain... 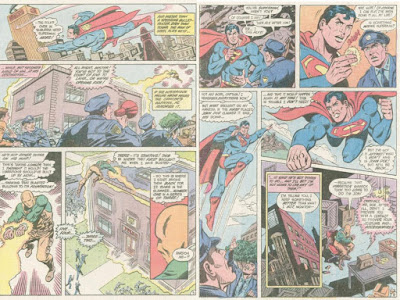 ...who happened to get some super powered devices from the Monitor).

This John Doe deals with a Superman who is a little forgetful (due to accidental exposure to something in the Fortress....). 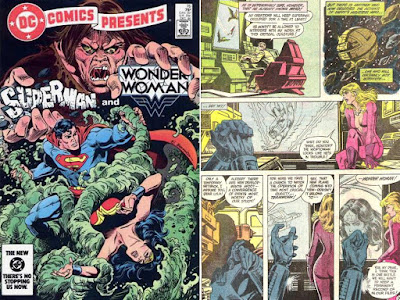 Next up, Superman works with Wonder Woman in DC Comics Presents #76 (December, 1984) by Dan Mishkin, Gary Cohn and Eduardo Barreto (who also provided the cover of the pair of JLA members being menaced by Dr. Christina Cade). 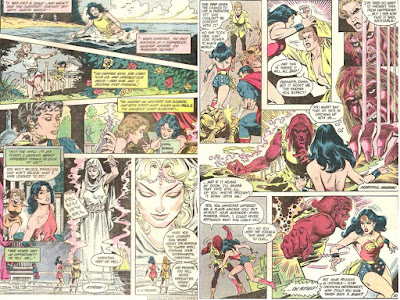 The Monitor and Lyla seem to be interested in the team of Superman and Wonder Woman.

This allowed a review Wonder Woman's origins as being made of clay....as Dr. Cade had been a shipwreck rescue on Paradise Island when Wonder Woman was young - ironic as the Crisis would later prove - but as Christina ran afoul of the gods, left Paradise Island to continue her work with trying to create living clay....with some success.

Wonder Woman and Superman had many team ups....but this tale has yet to be reprinted.

How Do You Hide A Superman? 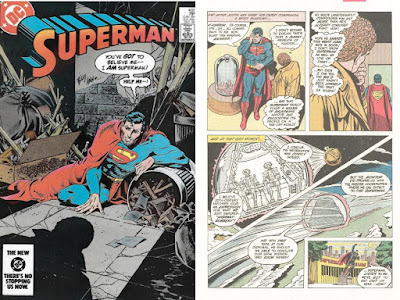 Another issue with a weakened and forgetful Superman is Superman #402 (December, 1984) by Cary Bates, Curt Swan and Robert Oksner, and cover by Eduardo Barreto.

New Daily Planet staffer Justin Moore has to deal with what looks like a broken and amnesiac Superman, as the Monitor provides information to a pair of 40th Century caretakers (Jj'r and R'ku)....and what does escaped mental patient from the 40th Century Jylla have to do with this?

The Greatest Thief In The Universe 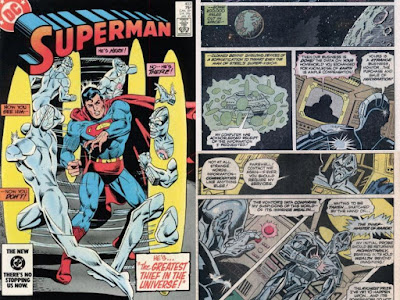 Up next is the tale by Paul Kupperberg, Curt Swan and Robert Oksner (under an Eduardo Barreto cover) for Superman #403 (January, 1985).

A New Life For Superman 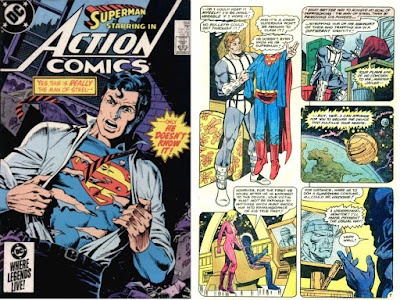 Paul Kupperberg, Alex Saviuk and Mike DeCarlo present the story of a battered and tattered Superman in action in Action Comics #564 (February, 1985) under an Eduardo Barreto cover, with more of Superman's basic life under attack. 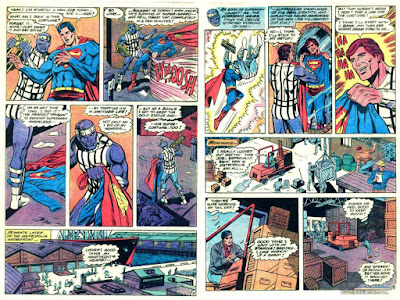 This time around, Superman foe, Master Jailer (Carl Draper) works with the Monitor to get a device that the Jailer uses to give Superman another identity (that of dock worker Mike Benson), after the Master Jailer steals Superman's super suit!  Don't worry, though, Superman does go back to being Clark Kent (as that's important, you know!).

Gotham Bridge Is Falling Down 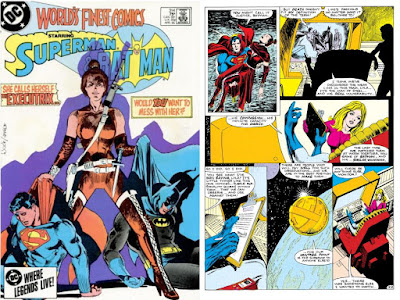 This time around, Superman has to defeat the Executrix (an assassin who had previously faced Green Arrow, now working on her own). 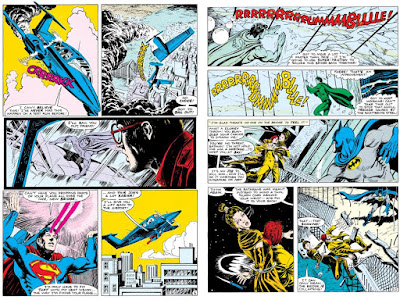 Superman stops her from claiming her victim (and saves him from a much more aggressive Batman), while the Monitor notes the similarities and differences of Superman and Batman, and how they do try to save people, even at the potential cost of their own lives. 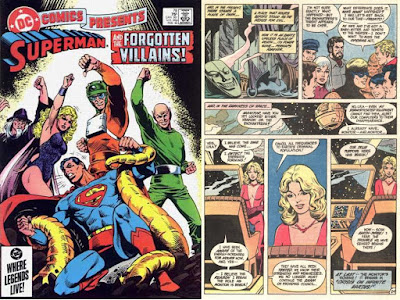 The last issue with the Monitor and Lyla is DC Comics Presents #78 (February, 1985) by Marv Wolfman, Curt Swan and Dave Hunt, with a cover by Eduardo Barreto.


This is the second half of a story of a team up of Superman... 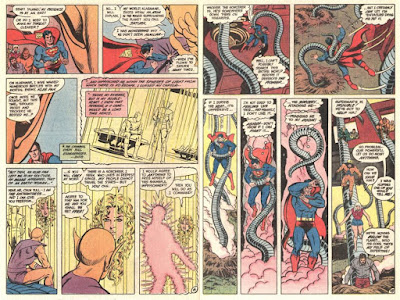 ...and the Forgotten Heroes (Rip Hunter, Dolphin, Cave Carson, Rick Flagg,  Congorilla, Animal Man and Immortal Man) against their foes, the Forgotten Villains (Ultivac, Atom-Master, Mr. Posiedon, Kraklow, Enchantress, the Faceless Hunter from Saturn and Yggardis), showcasing Superman's leadership skills.  At the completion of their battle, Monitor prepares his assistant, Lyla, for the coming of the Crisis On Infinite Earths!

This tale has been reprinted in the Crisis On Infinite Earths Companion Deluxe Edition Volume 1 (of November, 2018). 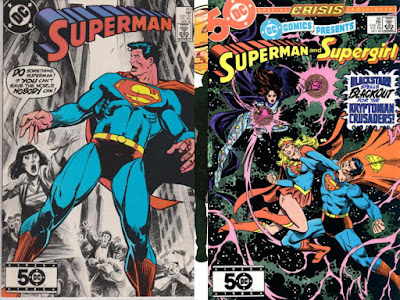 This concludes the pre-Crisis appearances of the Monitor and Lyla.....as the Crisis arrives for the Titans, JLA, JSA, Legion of Super-Heroes, Swamp Thing, Batman and Superman....and all the infinite Earths!