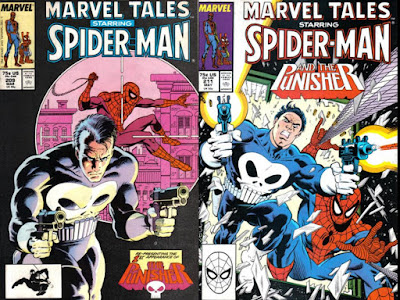 So, presenting the first seven covers, side by side with the originals, to show the contrast between 1970s and 1980s styling! 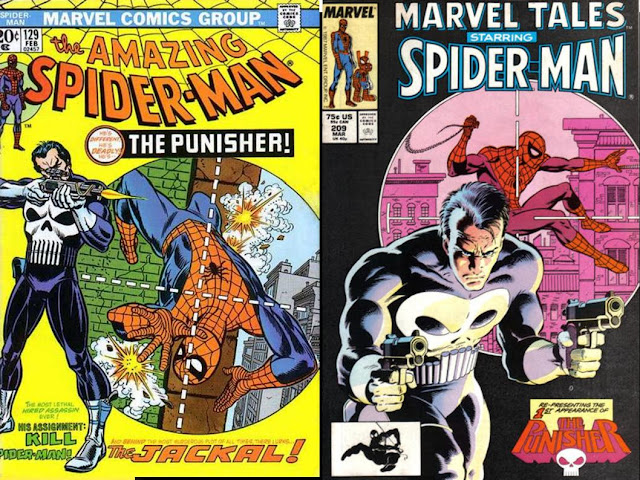 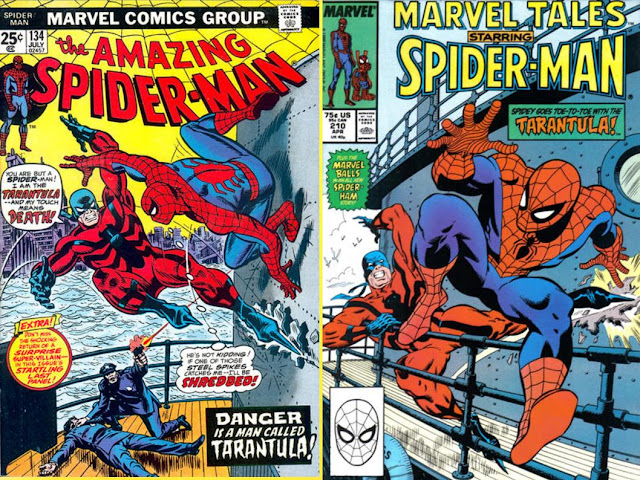 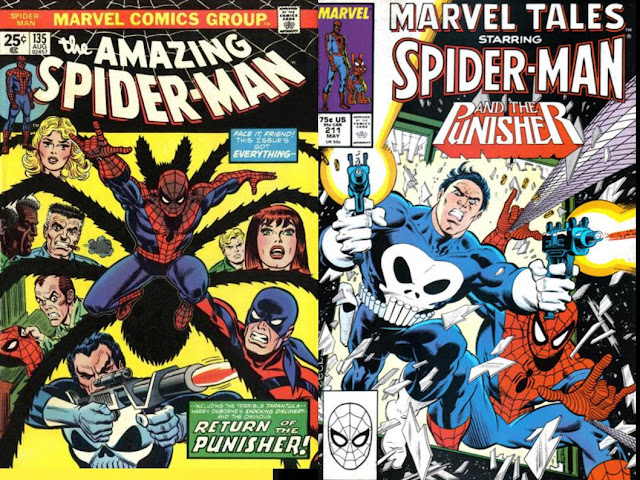 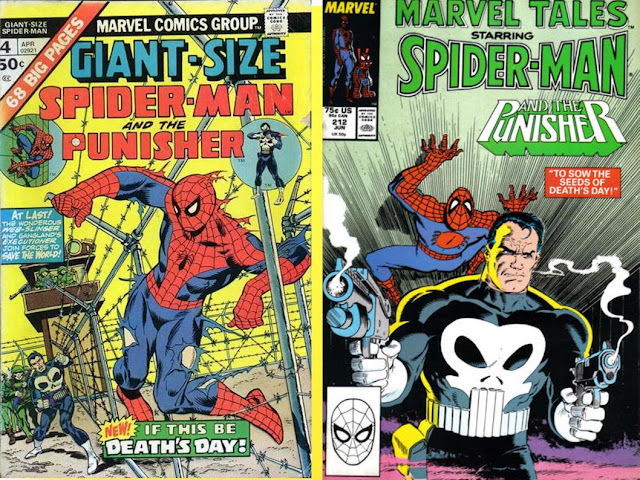 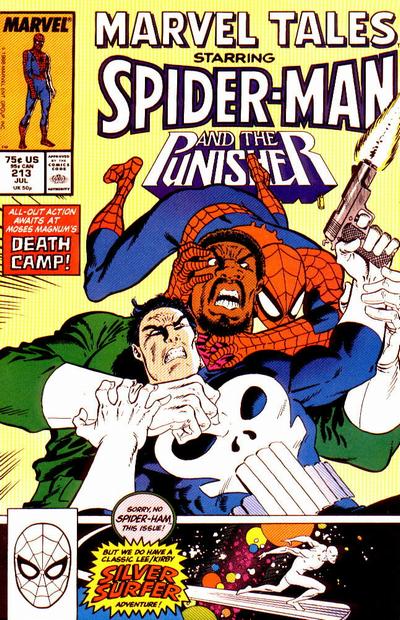 This issue has the second half of the Giant-Size Spider-Man 4 (so, no "second cover").

Plus, most issues had a Spectacular Spider-Ham back-up, except this one, which reprinted Silver Surfer's first solo tale from Fantastic Four Annual. 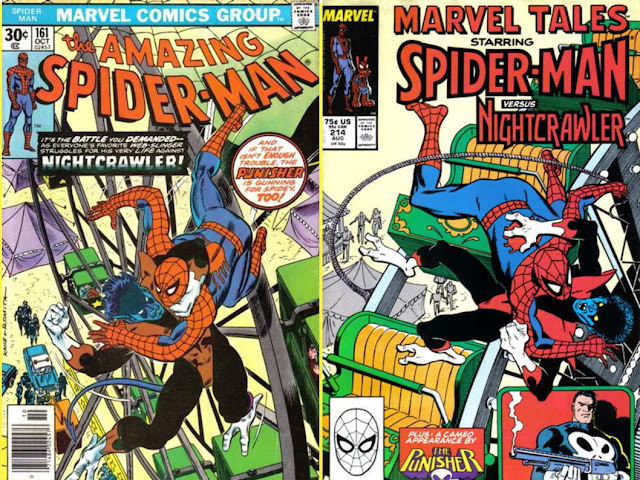 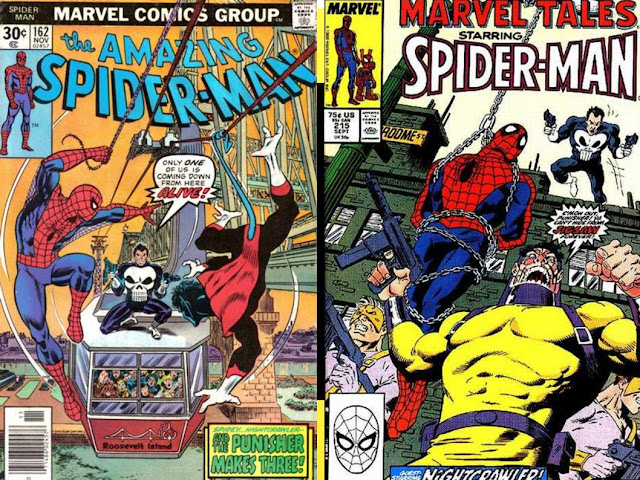 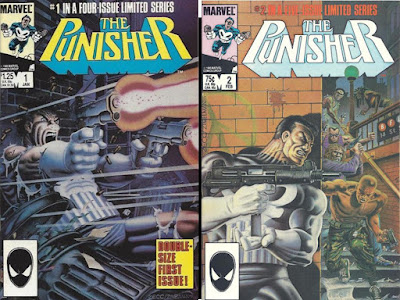 Seems a good enough place to stop, but check back soon for a second shot of Punisher by Mike Zeck!