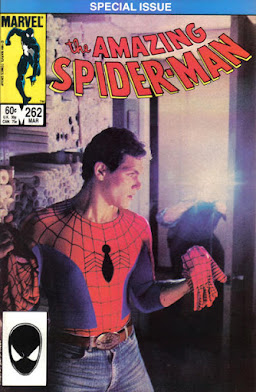 Usually, Peter Parker would be the first to celebrate World Photography Day.  After all, he's made plenty of money photographing his alter-ego, Spider-Man, for Daily Bugle.

But, this time, the tables have turned....and Peter is caught in a precarious position, and he's not so happy with a picture....as shown on this rare photo cover for Amazing Spider-Man #262 (March, 1985...cover photo by Eliot R. Brown, with Scott Leva as Spider-Man). 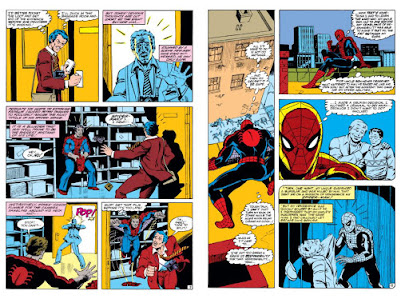 In the story by Bob Layton,  sleazy photographer D. J. Jones gets the shot of a lifetime, catching Peter Parker in mid-change at the airport.  Spider-Man, in trying to hunt him down (as D.J. tries to sell the picture), realizes he still has a responsibility to help Jones...and does.

Spidey does save his secret identity, by using the power of fear (and some acting) to convince Jones to give up the film.