Batman Sheds Light On A Mystery 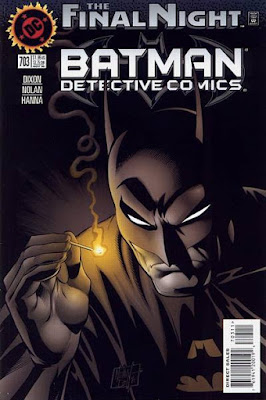 Batman solved the mystery of the missing Facebook/Instagram, preventing the Final Night!

Okay, that wasn't the focus of Detective Comics #703 (November, 1996) by Chuck Dixon, Graham Nolan and Scott Hanna.   Instead, Batman, Robin and the Huntress were busy saving Gothamites from the effects of the sun going out (the focus of The Final Night, a 4 issue mini-series crossing over many of the DC titles at the end of 1996) in "Howling In The Dark".

Robin and Huntress were working together, Batman saved a radio deejay who was preaching about how no one could save the world, and the Riddler pays someone to break his arm in jail (hint: what sets up for the next issue?) 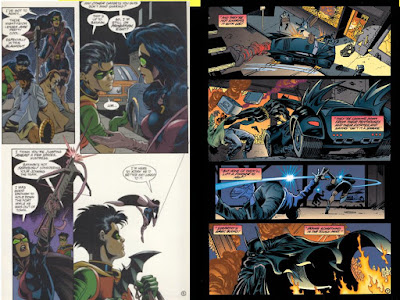 But, the way some folks acted yesterday, you'd think the sun was going out!