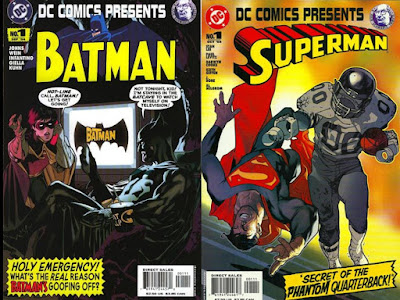 Adam has done many covers (and a few interiors) for DC Comics over the years, and these are two examples of his working on the World's Finest heroes in the 21st Century, with homages to two classic covers from the era of Julie Schwartz, who used the idea of creating a cover then building a story around it. 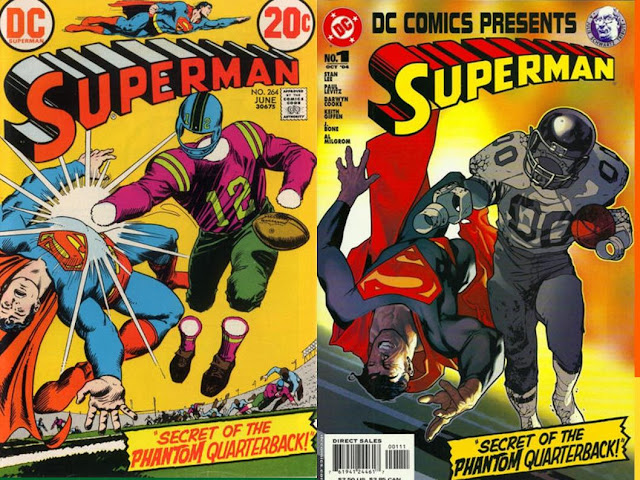 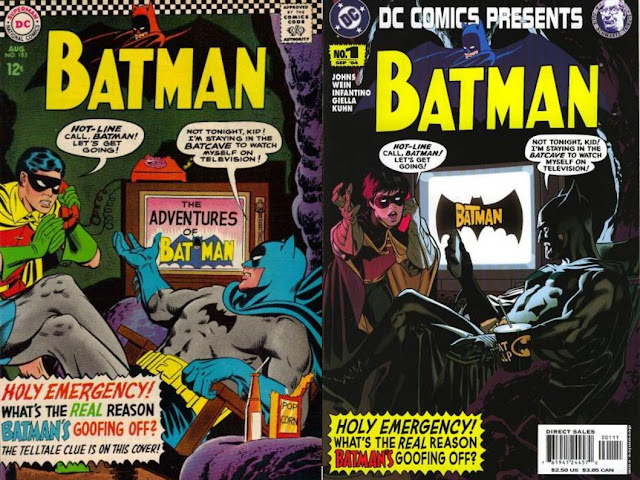 Original cover by Carmine Infantino and Joe Giella, and for the solution to that mystery, read here!

Like Jose Luis Garcia-Lopez and Brian Bolland (who covered Gil Kane in these Schwartz inspired specials), Adam also did a run of Wonder Woman covers (a few of them here!).

Posted by Dave's Not Here Comic Blog at 1:24 PM