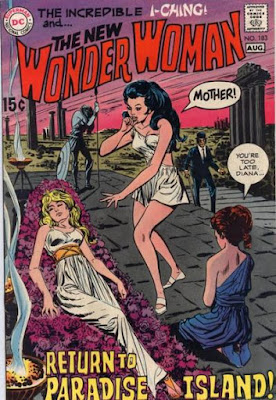 It's been a rough year, but you still have to care for your mother.

...after Paradise Island had been shunted away into another dimension, and Wonder Woman was now the fighting Diana Prince (without powers due to the island leaving the dimension of Earth-1), Diana had to deal with her mother in a coma.

Diana had to fight the forces of Ares, who were invading the island to gain the power to traverse dimensions, all the while worrying about her mom. 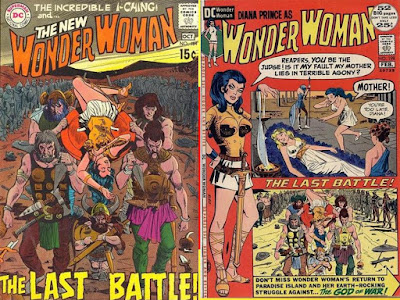 The story continued into the next issue (and both stories were reprinted in Wonder Woman #198 in January-February, 1972).

As much as Diana and Hippolyta had been at odds, Diana was still there for her mom.