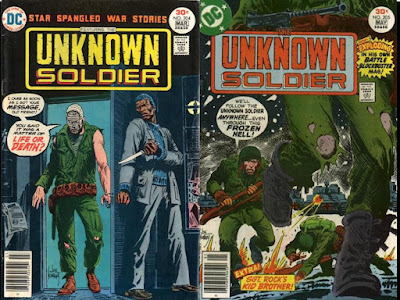 Something useful if you are working as a spy for your government, which the Unknown Solider was use to doing, but it was the title of the book that changed, going from the Star Spangled War Stories to Unknown Soldier with #205, with covers still by Joe Kubert, and stories written by Bob Haney. 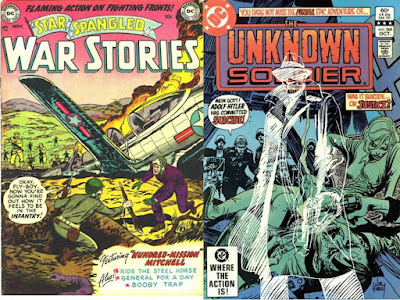 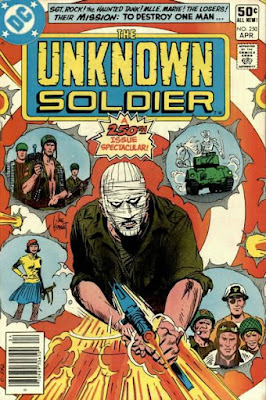 Even though it might have seemed aggressive to take over the title, the Unknown Soldier shared his good fortune, and many friends of his would visit, including Sgt. Rock, the crew of the Haunted Tank, Mlle. Marie and the Losers.

Posted by Dave's Not Here Comic Blog at 4:44 AM