Our Army At War Sgt. Rock 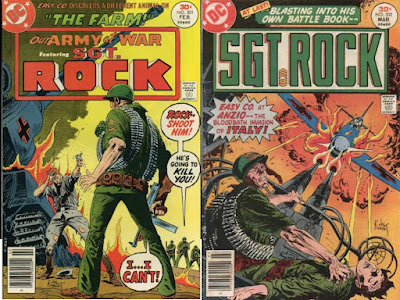 What's in a name?

DC fans asked that, as after 301 issues of Our Army At War, the title suddenly changed to Sgt. Rock with issue #302 (but they still had Joe Kubert contributing his wonderful covers for the title. with Robert Kanigher providing the words!). 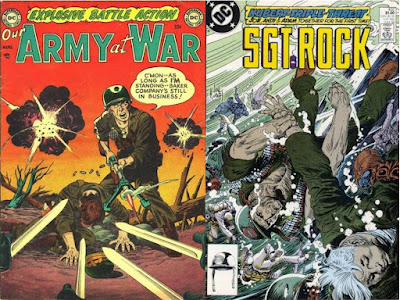 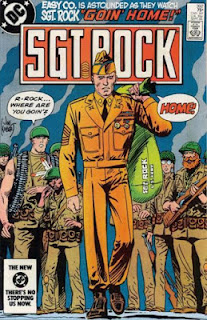 Saluting the Rock of Easy for holding it together for all those years, fighting World War II under what was DC's longest running war title!
Posted by Dave's Not Here Comic Blog at 5:11 AM