Crisis Endings For Superman Batman And The Flash 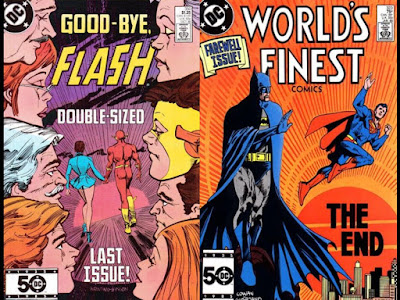 As the DC Universe was changing due to the Crisis On Infinite Earths, there were long published titles that were ending.

Two of the longer running ending titles were the Flash and World's Finest Comics.

Each were there for the beginnings of DC's Silver Age, but had run their course.... 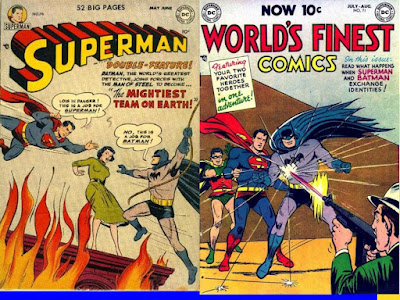 Superman and Batman had started teaming up with Superman #76 (May-June, 1952), but began regular team-ups with World's Finest Comics #71 (July-August, 1954), with these issues being some of the earliest tales of what would be called Earth-1, with the friendship of Superman and Batman being a foundation of that world, even before the existence of the Justice League of America, or the existence of a hero which started the Silver Age. 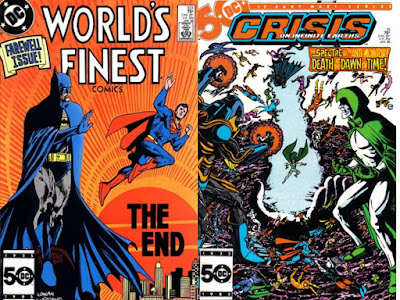 Batman and Superman experienced a split, leading to Batman forming the Outsiders, and though they patched things up, the title came to an end with World's Finest Comics #323 (January, 1986) as the Crisis On Infinite Earths was on its 10th issue. 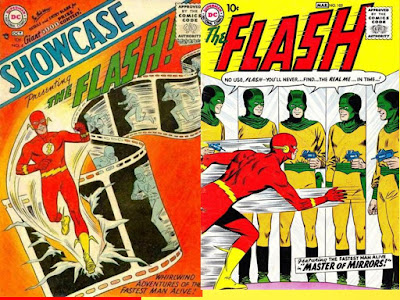 Barry Allen, and his premier as The Flash happened in Showcase #4 (September-October, 1956, around the same time as World's Finest Comics #84), and ushered in DC's Silver Age, with Flash soon getting his own title, picking up from the Golden Age Flash with Flash #105 (February-March, 1959), soon after helping to form the Justice League of America along with Superman and Batman (and a few others), and even having a hand in finding the multiple Earths with the Golden Age Flash. 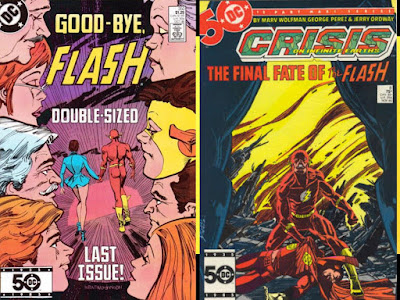 Barry Allen ran his last race in his own title with Flash #350 (October, 1985), ending his solo run and giving Flash a bit of a vacation, with what was suppose to be the final fate of Barry Allen unfolding then in the pages of the Crisis On Infinite Earths. 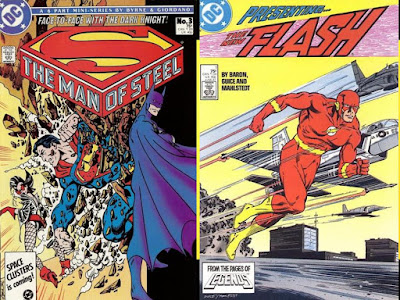 But, as with all things, endings can be new beginnings, as is always the case in comics, as Superman and Batman had their relationship redefined (first in Man of Steel #3 of November, 1986) and the former Kid Flash took over the mantle of the Flash, and, after a few adventures with other Legends (including Superman, Batman and the Suicide Squad), picked up his own title, Flash #1 (June, 1987)...proving "every new beginning comes from some other beginning's end"!