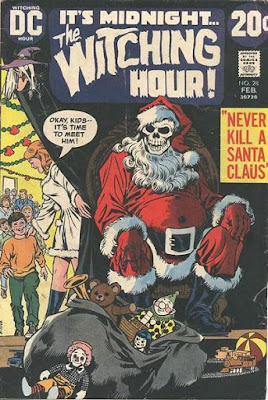 A slightly scary Santa Claus, a little thinner than normal...

Horror hostess Cynthia gives readers the tale of why you should "Never Kill Santa Claus" with art by Gerry Talaoc. 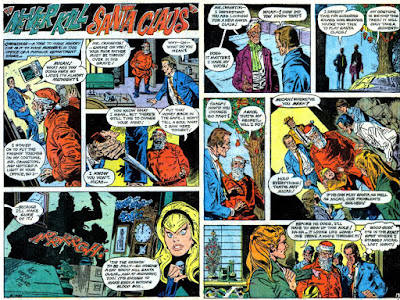 It appears that mall owner Mr. Cranston tries to make off with the holiday cash, and kills their poor old lovable Santa, Micah, right before the holiday, as he sees what the man was doing. Another Santa shows up, turning the tables on Mr. Cranston, sending him to a place that will give him much worse than coal in his stocking.