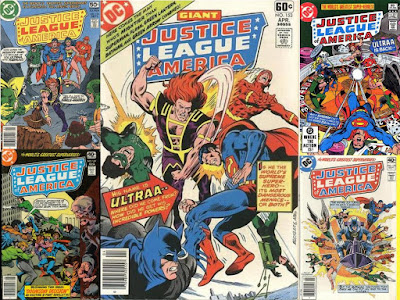 Ultraa was an alien sent to Earth by his race to avoid their imminent destruction, wherein he landed in the Australian Outback, and with his enhanced speed, strength and senses, was running to the United States over the ocean to become a hero.

Ultraa was all set to become the first super-hero of Earth-Prime, a world that was suppose to be our own, but, the Justice League of America prevented that from happening. 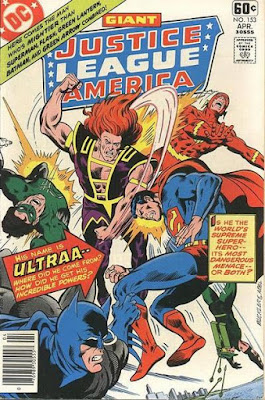 Ultraa premiered in Justice League of America #153 (April, 1978) by Gerry Conway, George Tuska and Frank McLaughlin, under a cover by Rich Buckler and Jack Abel.

Ultraa was from an alien world, raised by the Indigenous Australians, planning to use his enhanced abilities to help the world.  While running to the USA, Ultraa was tracked by the United States Air Force, and came into conflict with the Justice League of America, who had ended up on Earth-Prime thanks to a poll of the most popular Leaguers editor Julius Schwartz had had in their magazine (the JLA were fictional comic book characters on Earth-Prime).  The League and Ultraa battled due to a misunderstanding, then had to team up to stop Maxitron, Ultraa's spaceship's controlling computer that had gone insane.  During the course of their battle, the heroes realized Earth-Prime was not ready for super-heroes of their own, so when the JLA figured out how to return home, they brought Ultraa with them.

The Super-Power Of Negative Thinking 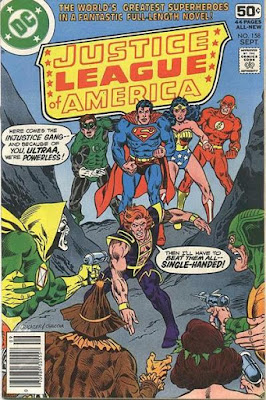 Ultraa quickly returning in Justice League of America #158 (September, 1978) by Gerry Conway, Dick Dillin and Frank McLaughlin, under a Rich Buckler/Frank Giacoia cover, finds himself in the middle of a battle between the JLA and the Injustice Gang of the World.

Ultraa decides super-hero battles could also spell the end of Earth-1, thus hatches a plan to end them.  Inventing a device that fills people with "negative radiation", he uses this on the JLA, which takes away their will to use their powers.  Ultraa then uses his ray gun on the IGW, but the negative energy simply empowers them.  Only realizing his mistake after the IGW captures him, it takes the undefeatable will of the JLA to overcome his power dampening device, allowing them to beat the IGW, and unmask their new, mysterious leader.

But, what to do with the untrustworthy Ultraa now?   Well, after his brief return, meeting up with World Citizen's Defense Society Lawyer Ernest Sloane in Justice League of America #168 (July, 1979), readers find out. 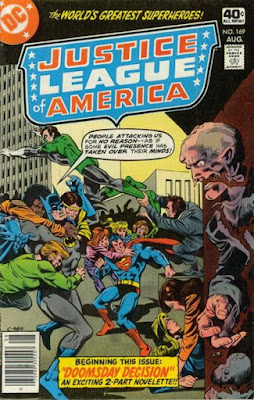 Ultraa's next full return happens in the Justice League of America #169 (August, 1979) by Gerry Conway, Dick Dillin and Frank McLaughlin, under a cover by Dillin and McLaughlin.

Due to recent actions by the JLA (due to a mind swap with members of the Secret Society of Super-Villains), the world has less trust for its heroes.  The team is brought in front of the World Court of the United Nations, because of lawyer Ernest Sloane, as it was found out that the League put Ultraa in a "status cube" designed by Superman.  Sloane helped free him, but now declares the JLA a menace to humanity.  While this trial is happening, a rash of disasters and rioting break out all over Earth, and Batman coordinates the JLA's response from the JLA Satellite.  Ultraa, meanwhile, finds out his lawyer is a manifestation of the Over-Complex, an alien entity causing the disasters.

While A World Lies Burning 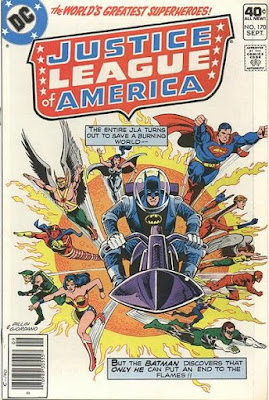 Ultraa and the JLA (along with Supergirl) are dealing with disaster in Justice League of America #170 (September, 1979) by Gerry Conway, Dick Dillin and Frank McLaughlin (cover by Dick Dillin and Dick Giordano).

The Over-Complex is on to Ultraa's discover of him, but it matters not, as the Over-Complex was able to defeat Superman, with the League having his cousin help look for him.  The JLA, being hampered by the disasters and UN court proceedings is distracted, but eventually finds Superman, while Ultraa helps the JLA reveal Ernest Sloane as the Over-Complex.  When Wonder Woman finds Superman, he reveals the aliens were stealing Earth's Hydrogen, causing the disasters, but, Batman had already defeated the aliens, sneaking aboard their satellite, and sending their ship away from Earth.  Now less of a menace, Ultraa wanders away without a purpose.

A Hero For All Seasons 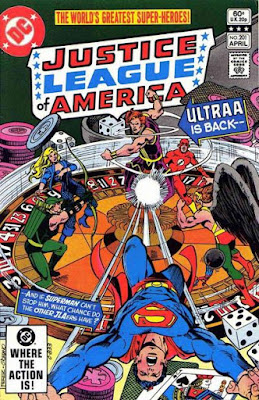 Trying to live a simple, civilian life as Jack Grey in Atlantic City, Ultraa is accidentally found by Joe Parry (the small time crook who created the menace of Super-Duper, who fought the JLA when Hawkman joined).  Manipulating Ultraa into a life of crime, the JLA fought him, until Hawkman (disheartened by the absence of his wife, Hawkwoman) convinced Ultraa to stand down, with the Justice League capturing Joe Parry as the true criminal.  Ultraa decides on abandoning the big city heroic life to live peacefully in the Australian Outback, amongst people similar to the one's who raised him back on his own Earth. 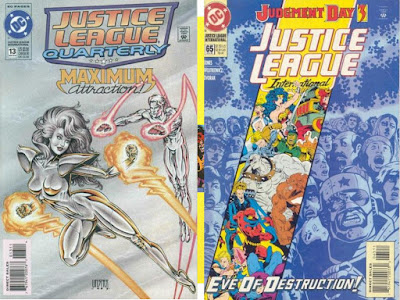 Post-Crisis, Ultraa returned as a suitor for Maxima, facing Captain Atom, in Justice League Quarterly #13 (Winter, 1993), and then joined with a team of other villains to be a group of League Busters when the JLI was facing Judgment Day in Justice League International #65 (June, 1995), but, here, he was just a native of Almerac, living by his own code with enhanced abilities, now including telepathy and telekinesis as well. 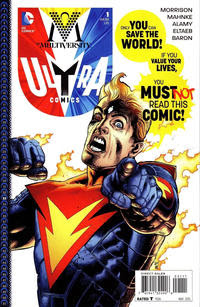 Another Ultraa returned thanks to the Multiversity, this time as one of many characters invading Earth-Prime via comics (along with Gary Concord, the Ultra-Man and Ultra the Multi-Alien) with the Intellectron in The Multiversity: Ultra Comics #1 (May, 2015) by Grant Morrison, Doug Mahnke, Christian Alamy, Mark Irwin, Keith Champagne and Jaime Mendoza.


Faced by Earth-Prime's only hero, Ultra Comics (a manifestation of the will of the readers to protect them from reality), the villain was defeated....only when readers stopped reading!

Posted by Dave's Not Here Comic Blog at 8:33 AM