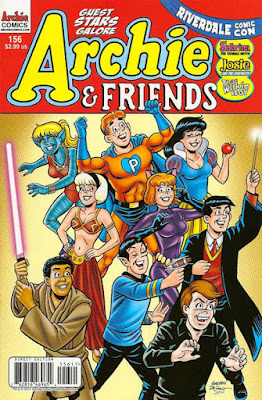 With CW's Riverdale likely a part of the San Diego Comic Con, it is time to show that Archie and his friends have been a part of Comic Cons for years, with this cover by Bill Galvan and Mike DeCarlo for Archie And Friends #156 (August, 2011), the last issue of the series with a new story (the next three issues of the series were reprints).