Black Lightning Says No To JLA 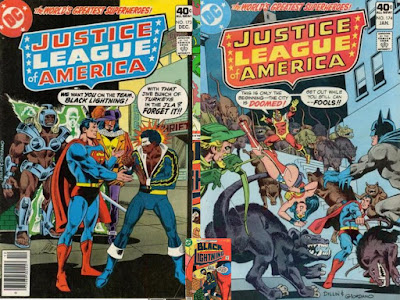 At one time it was considered an honor to be asked to join the Justice League of America.

....but, then there was the case of Black Lightning, early in his career, soon after first meeting Superman and Green Arrow on separate cases.

See why Black Lightning said no....

Testing Of A Hero 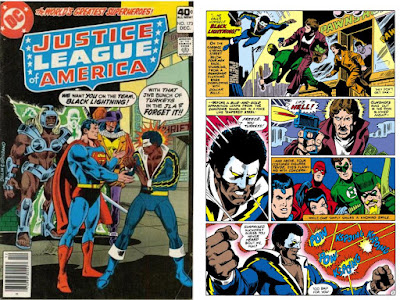 Black Lightning was being monitored by the JLA in hopes he would be a good choice for membership in Justice League Of America #173 (December, 1979) by Gerry Conway, Dick Dillin and Frank McLaughlin, all under a cover by Dick Dillin and Dick Giordano. 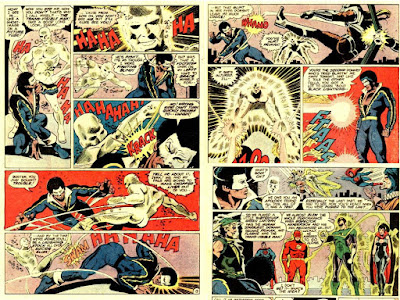 JLA members Superman, Flash, Green Lantern, Zatanna and Green Arrow were watching Black Lightning in action in Metropolis' Suicide Slum, and felt he might make a good member, but needed to test him to see if his powers and judgement were sound.  Coincidentally, Black Lightning was attacked by four odd super powered people, who tested him to the max....and, lo and behold, they were disguised JLA members, seeing if Black Lightning was able.  The JLA felt he was....shame that Black Lightning wasn't interested.

A Plague Of Monsters 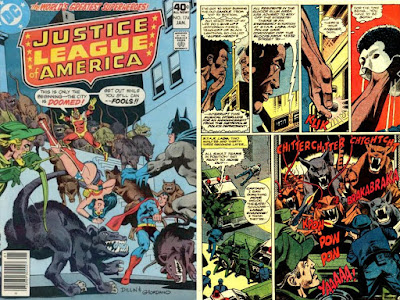 The JLA, not use to being turned down, checked in again in Justice League of America #174 (January, 1980) by Gerry Conway, Dick Dillin and Frank McLaughlin, under a Dick Dillin/Dick Giordano cover, while Jefferson Pierce wrestled with being either a teacher or Black Lightning.

In comes the Regulator, who is Barney Boulton, who use to work at S.T.A.R. Labs until a mental breakdown, and he perfected a device that let him mentally control rats and other pests. 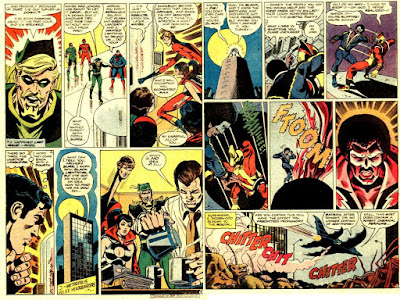 So, of course, he decided to take revenge...all while hotheaded Green Arrow led a team of JLAers to look for Black Lightning.

Black Lightning and the League both responded to the menace (with the pests the Regulator used mutating out of control), so the JLA faced the creatures as Black Lightning went out on his own to take down the Regulator, confronting him with who he was really hurting with his actions, which made the villain unstable....and fell to his death.

The JLA stopped the creatures, but, after catching up to Black Lightning, the electrical hero still wanted to stay on his own, as that was how he solved this problem. 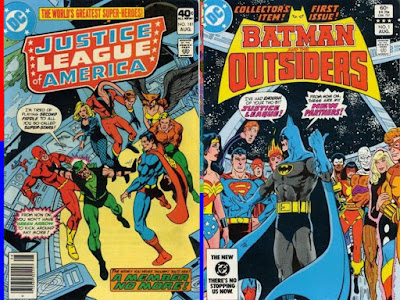 Black Lightning gave Green Arrow doubts about why he was in the JLA, so, he left the team for a while (but came back, realizing the team needed him to watch out for them).  Soon after, Batman had philosophical differences with the JLA, finding himself outside the team, and recruited Black Lightning (and others) to form the Outsiders. 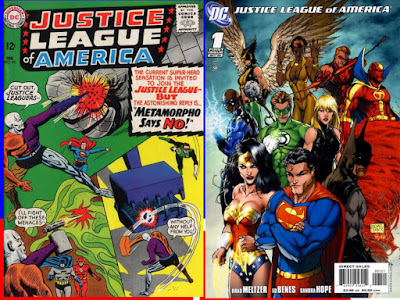 Black Lightning wasn't the first hero to have said no to the JLA....as Metamorpho had done so years before.  Odd that they'd both end up on a team with Batman....

...and, later still, both would join the Justice League as well!