Patriot Captain America of the late 1940s and early 1950s 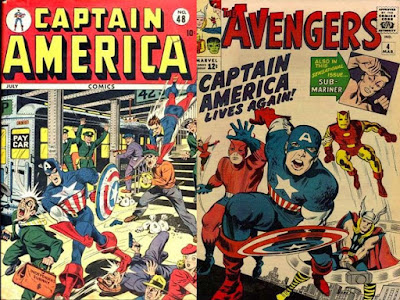 Steve Rogers was the first Captain America, but he wasn't the only one.   Another man to be Cap was Jeff Mace.

Here's a little of the history of the man who was the Patriot, and gave up that identity to become Captain America! 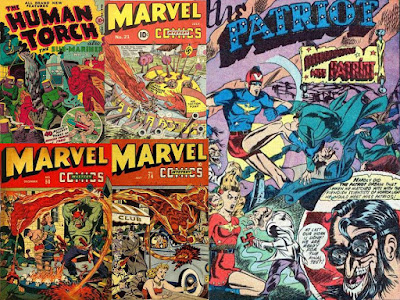 Jeff Mace began life as the Patriot in Human Torch #4 (Spring, 1941 by Ray Gill and George Mandel, though the issue was #3 on the cover), appearing in the next issue (Human Torch #4/5), then moving over to Marvel Mystery Comics starting with #21 (July, 1941), where he was a regular feature until Marvel Mystery Comics #74 (July, 1946), using his athletic ability and reporter's skills to fight menaces.

Along the way, he even gained a partner, Miss Patriot (Jeff's friend, Mary Morgan), who gained powers of above normal hearing and super-vision in Marvel Mystery Comics #50 (December, 1943), getting him a little extra help on his cases.

All these appearances, and the Patriot never made a cover in the Golden Age, so settle for a few of his splash pages to show his original costume!


This was also the costume Rick Jones manifested him during the Kree-Skrull War (but that wasn't really Jeff Mace....). 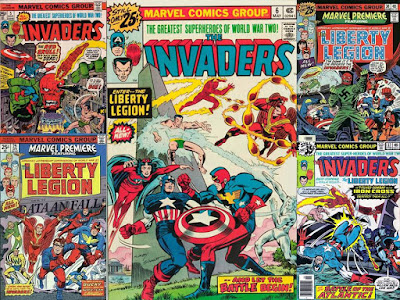 With the success of the Invaders in the 1970s (a team composed of the original Captain America, the original Human Torch and Sub-Mariner formed in an issue of the Avengers during a time travel adventure), more classic Timely characters were given new life, detailing their adventures during World War II, this time as the homefront heroes, the Liberty Legion, including the Whizzer, Miss America, the Thin Man, Jack Frost, Blue Diamond, Red Raven and the Patriot... 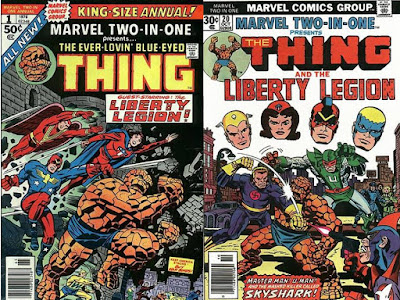 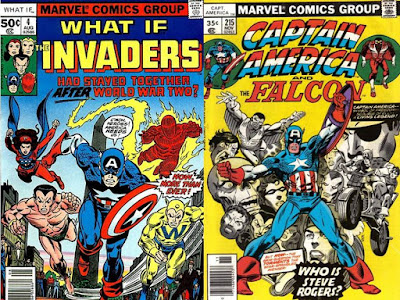 The big change for the Patriot happened in What If? #4 (August, 1977 by Roy Thomas and Frank Robbins), where he helped the former Invaders and their new Captain America and Bucky against the android, Adam II, who killed the second Captain America....resulting in Jeff Mace making the decision to take up the spirit of liberty, and become the newest Captain America, where he remained until he couldn't any more (with this history recognized in Captain America #215 in November, 1977), retiring to go back to reporting, and another man was assigned by the government to become the fourth Captain America.

End Of The Line 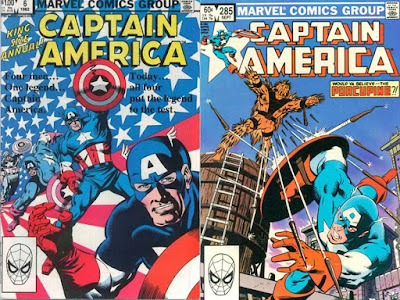 Life Of The Legend 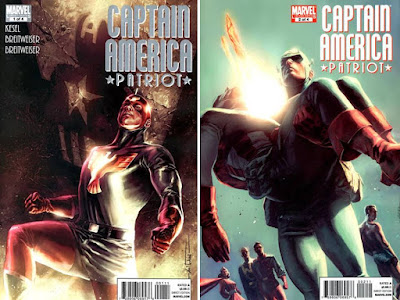 Patriot got some of his history filled in with later looks back at Timely's Golden Age...

...with the longest look back coming in Captain America: Patriot mini-series, with four issues from November 2010 to February, 2011, really getting into the mind of Jeffrey Mace and his added history! 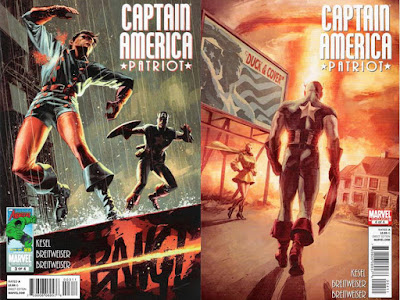 Karl Kesel and Mitch Breitweisser gave the Patriot a fuller origin, having reporter Jeffrey Solomon Mace be influenced by Captain America to become a hero, detailing how he took over as the third Captain America, working with the All-Winners Squad, FBI liaison Betsy Ross (who would become Golden Girl), Miss Patriot, the shooting of his Bucky, and how the FBI didn't want him as Captain America as the threat of Communism loomed over America, making Jeff lack trust in the USA, and retire from being Captain America. 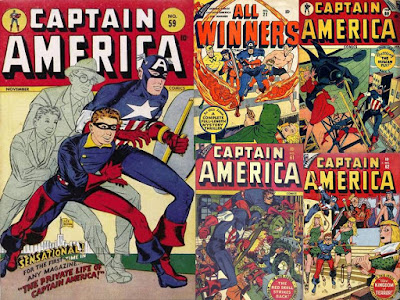 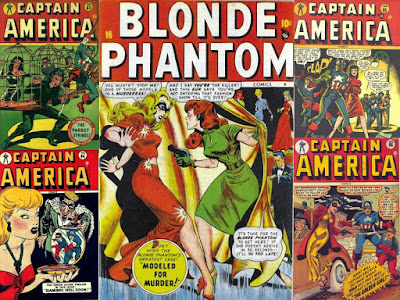 Captain America faced many new foes at this time, like the Human Fly, the Black Baron, Mr. Polly, King Lear, the Acrobat, the Chief, and even Lavender....who shot Bucky and was the villain that Betsy Ross first faced, in her new super-hero identity as the Golden Girl (in Captain America Comics #66 in April, 1948 by Bill Woolfolk and Syd Shores). 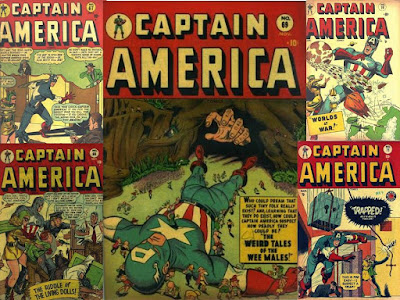 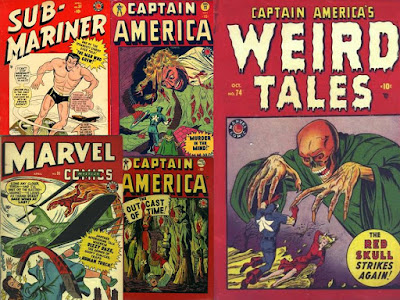 Jeff Mace's Captain America even faced his own Red Skull....

...facing off against the dead villain in the odd Captain America's Weird Tales #74 (October, 1949), as the Red Skull got the lord of the underworld to bring Cap to hell for one last battle....(and the rest of the tales of this and the next issue were supernatural ones, not relating to Captain America).  Through all this, Captain America triumphed....a Patriot (this time, represented by Jeff Mace).