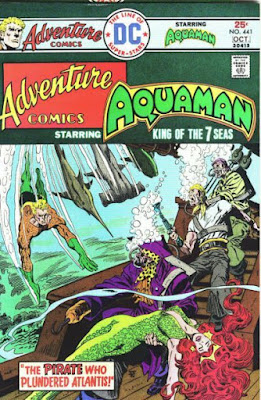 Celebrating Talk Like A Pirate Day with this look back at Aquaman's return to Adventure Comics (this time as the main feature), with his battle against Captain Demo and his pirates, as they planned to plunder Atlantis in "The Pirate Who Plundered Atlantis" by Paul Levitz, David Michelinie and Jim Aparo, with a cover by Jim Aparo in #441 of September, 1975.

While a bit of a slow start, this started an important run of issues in Aquaman's life, ending with #452....and the revival of Aquaman's own title (starting Aquaman #57) the next month, facing off against Black Manta (and Aqualad staying in Adventure Comics for the next three issues as a back-up feature for Superboy). 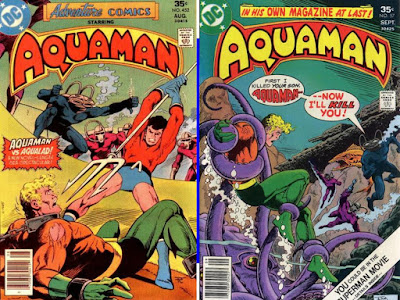