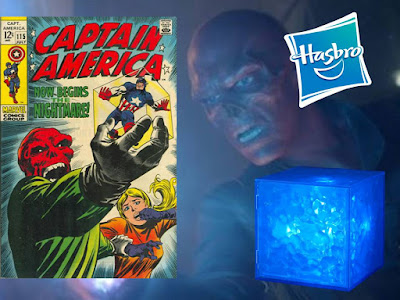 Looking at the various exclusives of the 2018 San Diego Comic Con, one stands out as a bright shining star....

....or at least something shining, glowing like a Cosmic Cube, which was featured on the cover of Captain America #115 (July, 1969) by Marie Severin and Frank Giacoia. 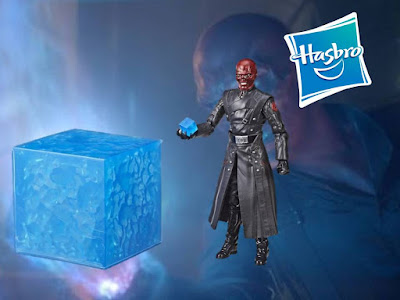 To be fair, the MCU 10th Anniversary figure and Tesseract are from the Captain America: The First Avenger movie, but that doesn't make them much less exciting.  Along with the 6 inch movie accurate version of the Hydra scientist, is the Tesseract pack, as seen at San Diego Comic Con 2018. At 3.63 square-inches, the included Tesseract lights up and features alternating light patterns, as well as a seamless battery install for an authentic look and feel. 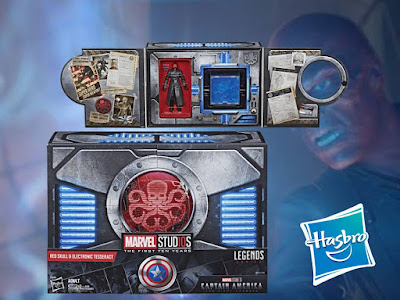 The figure, which has its own small Tesseract, is included in the Captain America: The First Avenger inspired package, as well as instructions, making this #0 of the Marvel Studios The First Ten Years collection something to be sought after, not unlike how the comic version of the Red Skull chased after the Cosmic Cube!
Posted by Dave's Not Here Comic Blog at 4:14 AM