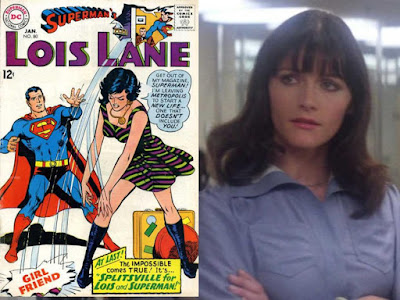 
Margot Kidder played a fiercely independent Lois Lane....smart, sassy, self-confident, who really didn't need a Superman, and that is what Lois Lane felt for a couple of issues of Superman's Girlfriend, Lois Lane.


Get Out Of My Life, Superman 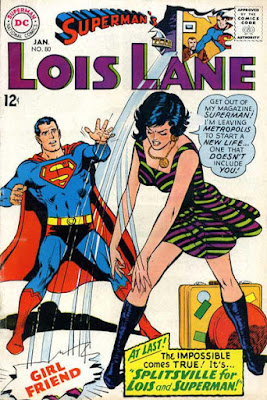 By the time of Superman's Girlfriend, Lois Lane #80 (January, 1968 with a cover by Curt Swan and Neal Adams, and story by Leo Dorfman and Kurt Schaffenberger), Lois had had it with Superman.

Superman missed Lois' birthday party, and that was too much for her.  Lois moved to Coral City, changed her name to Lois Lorne, taking a job as a nurse (which she had the skills to do).  As a nurse, Lois saved the life of astronaut Rand Kirby, and thus a new romance began.  Clark Kent, assigned to a story in Coral City, finds Lois, but Lois tells Clark not to tell Superman she is here (a little hard, as Clark is Superman).  Still, things go bad, and Lois admits she needs Superman's help, getting it...but, Lois (feigning being under truth serum), tells Superman she doesn't love him anymore.

No Witnesses In Outer Space 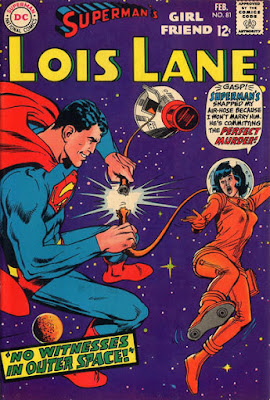 Following up on that bombshell was Superman's Girlfriend, Lois Lane #81 (February, 1968, with cover by Neal Adams, and story by Leo Dorfman and Kurt Schaffenberger).  Lois and Superman were a couple no more.  They both went to extremes in this story to change that!

Superman decided he would travel back in time to make it to Lois' party, but, even then, couldn't make it, so, resigned himself to be without Lois.  Lois, still working as a nurse in Coral City, helps Dr. Culver with an experiment, testing a gas on death row prison convicts.  Some of the prisoners break free, taking Lois hostage, until Superman saves her.  Lois, exposed to the gas, gains temporary ESP, allowing her to read Superman's mind, finding out he still loves her, but is scared to commit to her due to it making her a target for his enemies.  Lois also abandons plans to marry Rand Kirby, but her new temporary powers also give her a flash to the future, where she sees Superman dying from Kryptonite in space, with Rand saving him, but dying in the process.  Lois stows away in Kirby's rocket, saving Superman, but, he breaks her lifeline to the ship, and she passes out.

This was a bit of a misdirect, as Lois wakes up on Earth, as Superman had to snap the line as it had become tangled, so he saved her.  The two patched things up, and Lois returned to Metropolis and Superman. 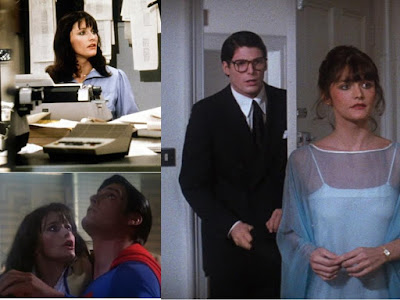 Margot Kidder portrayed a very different Lois Lane in Superman The Movie.  Her Lois Lane was independent, self-confident and self-reliant.  A drastic change from the days of the Adventures Of Superman TV show, or the earlier comic books.  Her Lois Lane was very focused on her career and getting the story....though that did get her into quite a bit of trouble, and, thankfully, Superman was there to rescue her, even from the most horrible of fates. 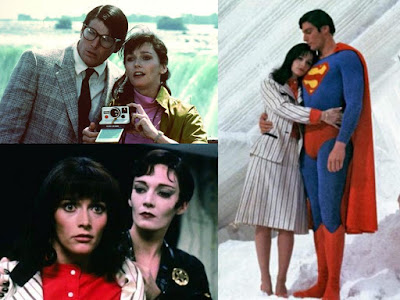 By the time of the second Superman movie, Lois begun to suspect Clark was Superman....and she was right.  The two grew much closer, and the great chemistry between Margot Kidder and Christopher Reeve was  a joy to watch.  Margot's Lois got into even bigger trouble in this movie, but always had her Superman there to pull her out, even if the ending undid the majority of their best interactions during this movie. 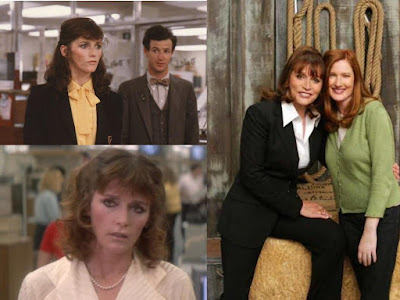 Still, Margot Kidder was a trouper, not unlike Lois Lane, and returned for Superman III and IV.  Neither of those movies inspired as the first two did, nor did they do much for Lois Lane (or Margot Kidder), with Lois being in little more than a cameo in III, with Annette O'Toole really filling in with Superman, as Lana Lang.  Still, at least Margot and Annette became friends, as Margot did get to play a role as Dr. Swann's assistant (Dr. Swann being Christopher Reeve's role) on Smallville. 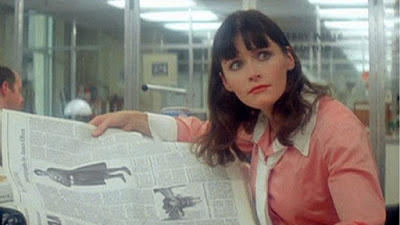 While her life wasn't always super, Margot Kidder will be remembered by Superman fans for her time as Lois Lane.