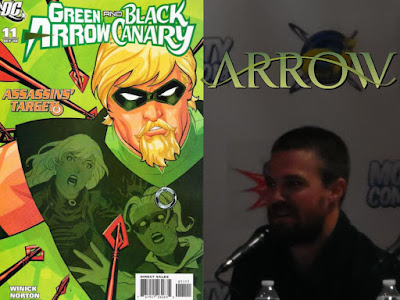 Thanks to Arrow actor, Stephen Amell, a little bit of Season 7 news leaked out at the Motor City Comic Con...that, for the first time in the TV series, Oliver Queen will be sporting the goatee! 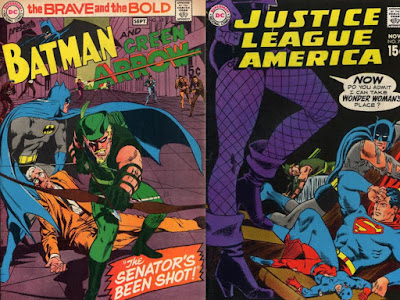 Green Arrow first appeared with the goatee as part of his new look for Brave and the Bold #85 (August-September, 1969) in a story by Bob Haney and Neal Adams, and the look continued as Green Arrow first met the new Black Canary as she joined the JLA in Justice League of America #75 (November, 1969).

With Green Lantern and the Longbow Hunters 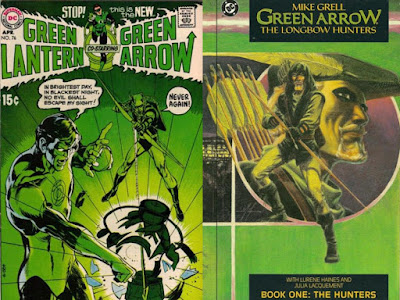 Green Arrow continued that look while teaming up with Green Lantern (more on that here) for the 1970s, and even for quite a time after, in Action Comics, World's Finest Comics and Detective Comics, before ditching it for his urban hunter outfit, which started with Green Arrow: The Longbow Hunters #1 (August, 1987). 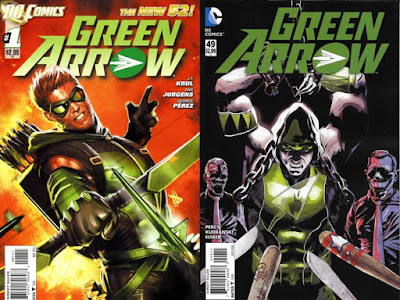 Green Arrow kept that look or variations of it, or returned to Neal Adams style costume, but it wasn't until the advent of the New 52 that the goatee disappeared, sporting a new look much closer to that of the Arrow TV show.....but, was this the earliest time Ollie ditched the goatee? 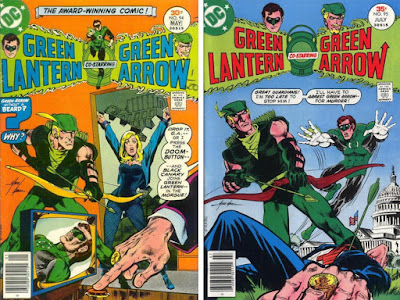 Green Lantern #94 and #95 of 1977 by Denny O'Neil and Mike Grell feature Green Arrow losing his goatee to hide his identity to get into a secret base...but, not unlike the current Green Arrow in comics, it grows back.