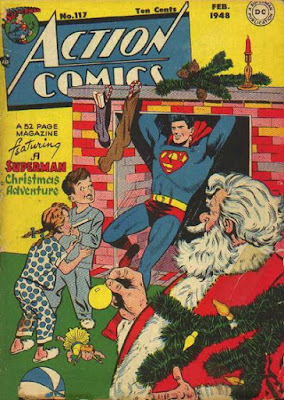 Clark Kent and Lois Lane are assigned to cover Christmastown for the holidays in Action Comics #117 (February, 1948) under a cover by Wayne Boring and Stan Kaye.


Inside the issue, with the story of "Christmastown, U.S.A." by Al Schwartz and Win Mortimer,  we find Lois and Clark, dealing with the Christmastown story....and the town dealing with a flood.  The pair split up, with Clark changing to Superman to see how he can save the residents, which he does by building them an ark, and finds all the residents but one, the man playing Santa Claus, Danny Osborne. 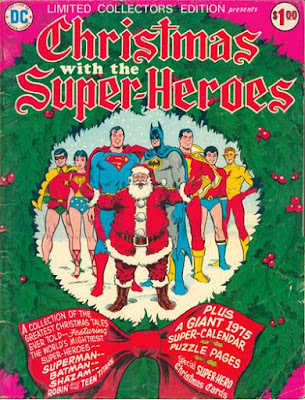 Lois finds a man in a Santa Claus suit, further upstream, and reunites him with his town people, floating in the ark.

Greater still, is this story is one of many reprinted in the Limited Collector's Edition C-34 (February-March, 1975), under a cover by Nick Cardy.

Posted by Dave's Not Here Comic Blog at 3:59 AM