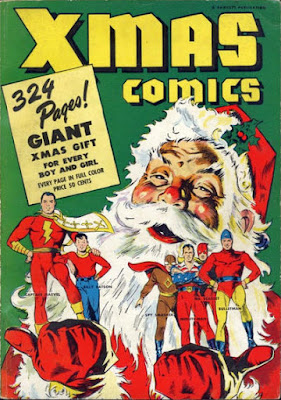 Long before the X-men, Captain Marvel and his friends (Spy Smasher, Minute Man, Mr. Scarlett and Bulletman) were wishing you a Merry Christmas with Santa Claus with Xmas Comics #1 from 1941. 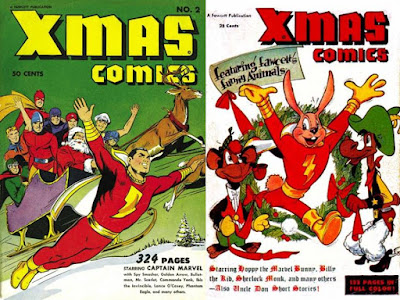 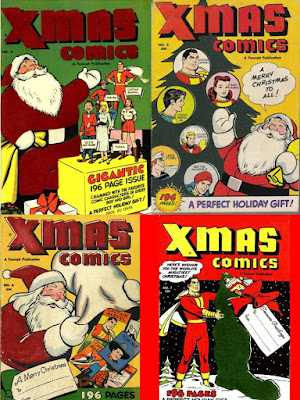 Xmas Comics started again in 1949, running one a year until 1952 (totaling 7 comics), with the end of Fawcett Comics.

Posted by Dave's Not Here Comic Blog at 3:04 AM