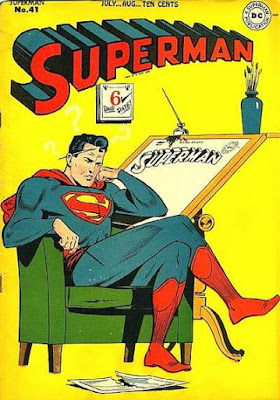 Even Superman gets writer's block every once in a while!

Shown here, in the cover from Superman #41 (July-August, 1946), in working on an issue that must have been due on July 6th, this cover is by Wayne Boring and George Roussos, and taking advantage of the date to showcase this early Superman issue....not for a lack of ideas!

This issue also has not been reprinted in its entirety (on story made it into Superman #284 of February, 1975), as the Superman Archives end at Volume 8, with Superman #35 (July-August, 1945) being the last issue contained there. 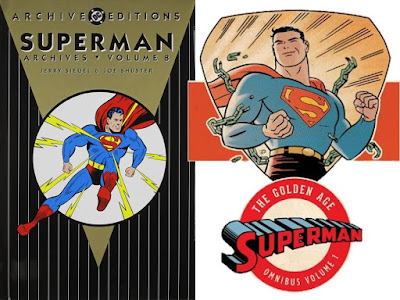 Hopefully, the Golden Age Superman Omnibus series will get this far!
Posted by Dave's Not Here Comic Blog at 3:30 AM