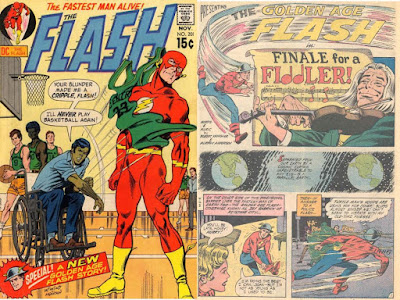 Jay Garrick had 104 issues of Flash Comics, 32 issues of All-Flash and over 2 dozen issues of Comic
Cavalcade where he was the lead, but for the Silver and Bronze Age, he was always part of a team, either with the JSA or working with Barry Allen's Flash....except for one special story by Robert Kanigher and Murphy Anderson in Flash #201 (November, 1970).

Let's take a quick look at it!

Finale For A Fiddler! 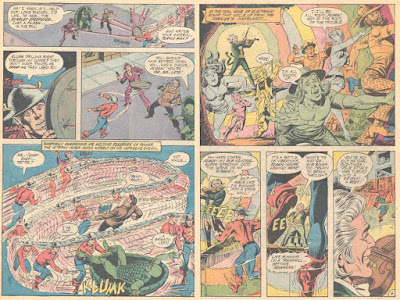 Jay has to go into action as the Flash to face the Turtle Man, but the fastest man alive is starting to show his age....but his wife Joan, while helping, also wants to get to a rock concert the next day.

Shame Jay's old foe, the Fiddler has his sights set on causing trouble there, but, even though he isn't as fast as he used to be, Flash stops the Fiddler! 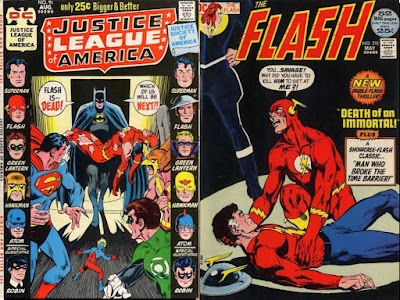 Flash (Jay) appears next in JLA #91, Joan next in Flash #215, Fiddler next in All-Star Comics #63 with the ISW, and Turtle Man doesn't appear again until after the Crisis On Infinite Earths, where he teams up with Barry's version of the Turtle to face Wally West as the Flash! 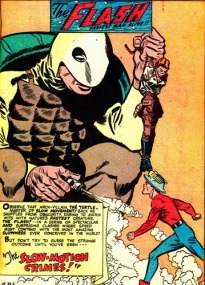 Turtle Man only had 3 Golden Age appearances, All-Flash #21, Comic Cavalcade #24 and Flash Comics #102...but he didn't make the cover of any of them!

This Bronze Age Flash story was reprinted in the Justice Society of America 100 Page Super Spectacular 1, 1975 issue (of July, 2000).