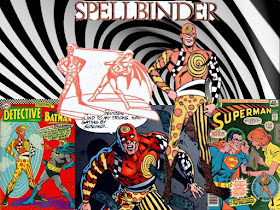 Sure, Superman and Batman faced foes together during their time working as a team in World's Finest Comics, but they also faced one foe as well, each on their own....

...that of the Spellbinder! 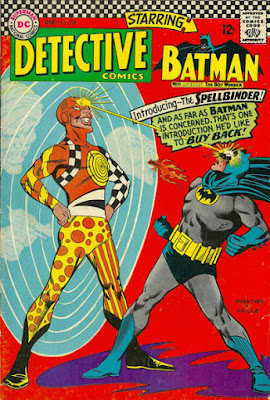 The Spellbinder got his start in Detective Comics #358 (December, 1966) in "The Circle of Terror" by writer John Broome, penciller Sheldon Moldoff and inker Joe Giella, where the villain was able to hypnotize Batman with his horrible costume patter (and Batman would have been in real trouble had not Robin saved him).


The Dynamic Duo continued to face the hypnotic foe, along with his henchmen of Dipsy and Doodler, with Batman falling prey to the hypnosis of Spellbinder, until facing his foe a third time, where Batman was able to eventually break a trance of the Spellbinder on his own, ending his criminal reign of terror... 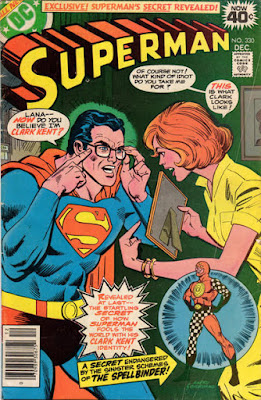 
All this, but he still wasn't "The Master Mesmerizer of Metropolis" in the story by Martin Pasko, with art by penciller Curt Swan and inker Frank Chiaramonte..
...it was Superman, who unknowningly used his own power of super-hypnotism through his Kryptonian lenses to make people think Clark Kent and Superman looked differently!

Back To The Bat 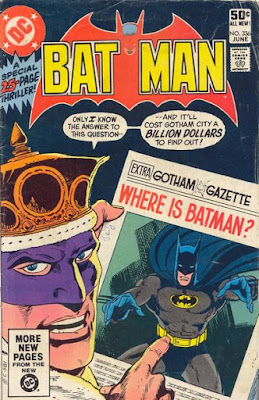 Spellbinder ended up facing Batman again, in Batman #336 (June, 1981), "While The Bat's Away", in a story plotted by Bob Rozakis, scripted by Roy Thomas, pencilled by Jose Luis Garcia-Lopez and inked by Frank McLaughlin, where Batman had been out of Gotham for a while (along with Catwoman, Robin and King Faraday, facing Ra's Al Ghul), and while he was gone, the Monarch of Menace (maybe influenced by the small army that put together this issue) gathered some old Batman foes to try to take advantage (including Cluemaster, the Bouncer and Spellbinder).

Batman took out Spellbinder first, and used his identity to go and defeat the others, bringing Spellbinder's Silver Age career to an end. 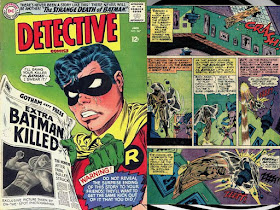 While Cluemaster later went on to become a more known villain in Justice League International and in Robin (which will get him a little more coverage later), the Bouncer and the Monarch of Menace really didn't appear much elsewhere.

The Bouncer first appeared in Detective Comics #347 (January, 1966 by Gardner Fox, Carmine Infantino and Joe Giella), and was a man in a special suit of "elastalloy" which allowed him to bounce off any object...at least until he met Batman's fist! 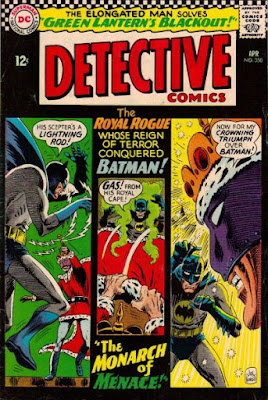 The Monarch of Menace was a villain Batman faced early in his career, but was able to elude the Batman as revealed in Detective Comics #350 (April, 1966, by Robert Kanigher, Sheldon Moldoff and Joe Giella)...

...but, in more recent times, the Monarch of Menace was disappointed in his son (who then went out to be beaten by Robin, while disguised as his father using his many gimmicks hidden in his crown and scepter, prompting much angst in Batman).  Batman was able to beat the Monarch of Menace on his return (all under this awesome Joe Kubert cover!).

The Bouncer came back, along with Cluemaster and Spellbinder, as mentioned above. 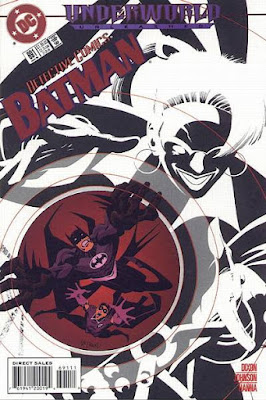 The Spellbinder returned himself, still not a major threat, in Detective Comics #691 (November, 1995 by Chuck Dixon, Staz Johnson and Scott Hanna), wherein Spellbinder got an alter ego (Delbert Billings), and a girlfriend (Fay Moffit), before his untimely passing.  But, Fay picked up Neron's offer of power, and became the new Spellbinder (occasionally referred to as Lady Spellbinder), with newly mystical power to create illusions and confusion.  She continued this in Underworld Unleashed #1 and Detective Comics #692 (December, 1995), before being beaten by Batman and the newer, Tim Drake Robin. 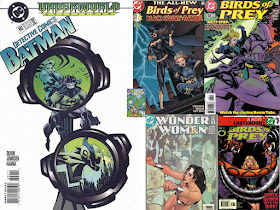 Lady Spellbinder returned again, briefly in Green Lantern #79 (October, 1996) as a prisoner in the Slab with many villains including Sonar and Hellgrammite, then in Birds of Prey: Batgirl #1 (February, 1998), for a trip to Apokolips in Birds of Prey #12 to #14 (December, 1999 to February, 2000), being part of Circe's female army in Wonder Woman #174 in November, 2001, being one of the many affected by Joker's gas during the Joker's Last Laugh (and in Birds of Prey #36 of December, 2001), before her last appearance being shot down along side the Trigger Twins in Infinite Crisis #7 (June, 2006), though that ending, like Delbert's end, could have been an illusion....