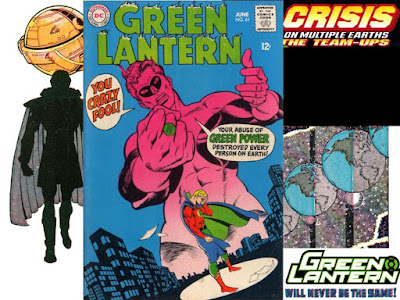 Not all of the Earth-1/Earth-2 team-ups were included in the volumes of the Crisis On Multiple Earths The Team-Ups two volumes.

Green Lantern #61 (June, 1968) by Mike Friedrich, Gil Kane and Sid Greene, with a cover by Kane and Greene, was one of those tales, which we will monitor right now.... 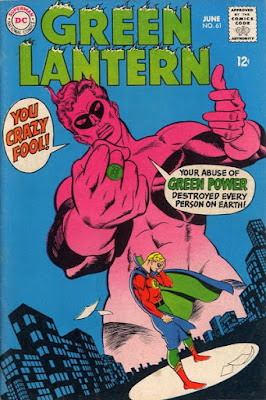 This time around, the action starts quick!


The Green Lanterns Hal Jordan and Alan Scott defeating Captain Challenge on Earth-1, with Alan then heading home to Earth-2 to resume his work at Gotham Broadcasting in his alter ego, trying to just have a normal day....

.....only to end up stopping a fight between two co-workers, Johnny Halliday and Tommy Saunders, with Tommy going to the hospital.

Still more keeps the hero busy, multiple crimes, break-ins, running him all the way to the dawn and beyond! 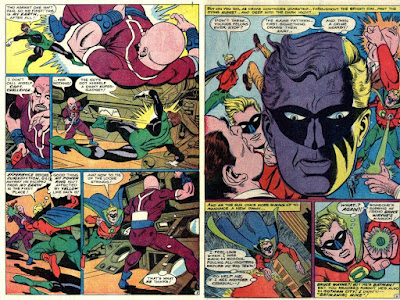 Even at stately Wayne Manor, as Dick Grayson was a grown up Robin, and not staying there, and Bruce Wayne was away, getting an award for his good works as Earth-2's other Gotham Guardian, Batman....Green Lantern responds to the alarm he had set up there. 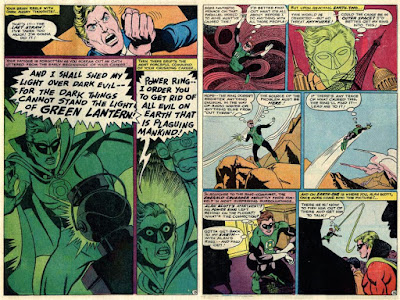 Green Lantern makes quick work of that thief and heads home, just to hear more trouble, and to find out his own home had been ransacked!


That was it!  Alan decides to will away all evil and everyone disappears!


Returning to his Earth, GL Hal Jordan finds the entire population of Earth-2 in the Earth-1 Utah desert, so, goes to check Earth-2, finding it empty (but Alan's ring at his home).

The GLs return work to return everyone home, with Alan realizing he can't do it all alone, so Hal goes to try to stop the crime wave (following odd radio broadcasts), while Alan checks up on Tommy in the hospital. 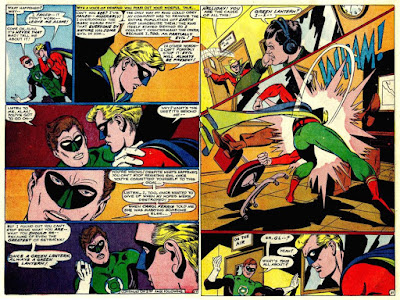 Hal follows the radio signals there, to find Alan beating up two thugs, then the GLs go to Gotham Broadcasting where GL Alan goes after Johnny Halliday.  Johnny was the mastermind behind the crime wave, using the radio frequency to broadcast hate and coordinate robberies, Tommy found out, so that's why they were fighting.

Alan realizes that just by doing something small, we can all do our part to stop the bigger evil.  This is a parallel to a later story involving Hal Jordan, who faces his own Zero Hour Crisis, and tried to do away with evil as Parallax. 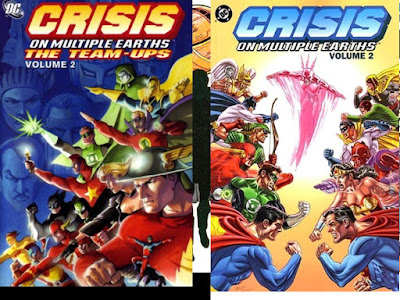 Green Lantern Alan Scott was last in a team up with Hal (as recounted here), and appears next in the 6th JLA/JSA team-up, debuting Red Tornado.

One of many Multiple Earths stories not in these volumes....more will come!