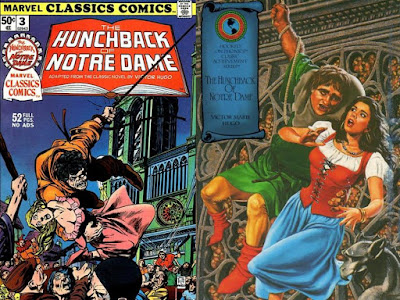 In light of the tragic events this week at the Notre Dame Cathedral, it seems worthwhile to look back at a few comics that focused on Victor Hugo's tale of hunchback Quasimodo, and his love for that building, as well as for the gypsy woman, Esmeralda, who he loved because of her kindness to him.

So, here's a look back at a few comic book adaptations of this story over the decades at various comic book companies! 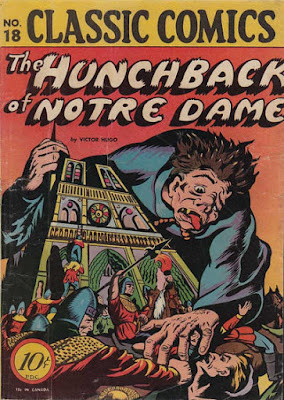 
....with Evelyn Goodman as the writer who adapted Hugo's book...


....and the art was by Allen Simon from the publisher Gilberton. 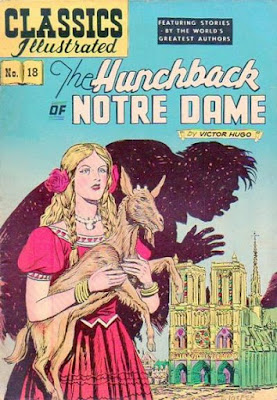 Next up, Gilberton published the story again as a part of its Classics Illustrated series, all under the issue number 18....


....with the same story by Goodman and Simon, but different dates for this issue reprints, and this cover by Henry C. Kiefer from June, 1949. 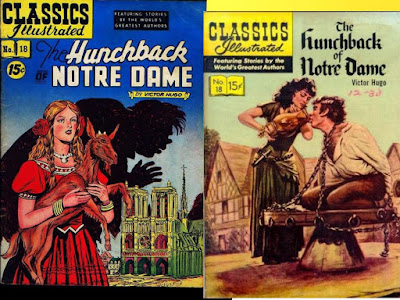 This issue was reprinted again in December, 1950, and yet again, with a new painted cover in September, 1957 (though the artist was not identified). 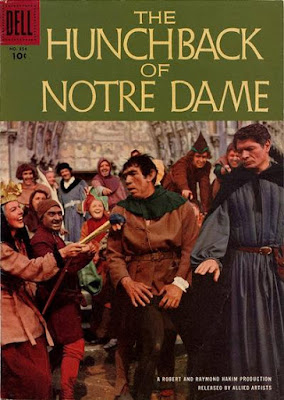 Dell got into the business of movie adaptations, and did an adaptation of the Anthony Quinn/Gina Lollobrigida movie version from the 1950s, with this adaptation by writer Hal Kanter, and art by Andre LeBlanc, with a photo cover from the movie...

...as well as information on the life of Victor Hugo as well as the history of the Cathedral of Notre Dame in Paris. 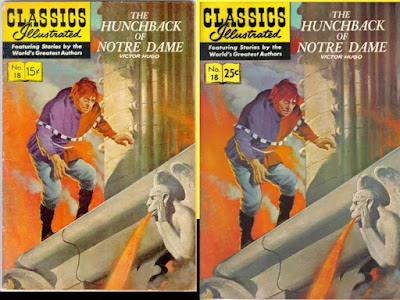 ...this time with a painted cover by Gerald McCann, and adaptation by Alfred Sundel, Reed Crandall and George Evans. 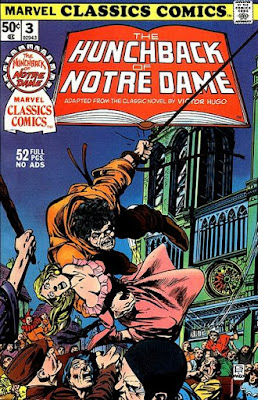 Marvel jumped into the classic comic game, with their Marvel Classics Comics.

Issue #3 (1976) with a cover by Gil Kane and Klaus Janson was wrapped around a reprint of the Pendulum Press version of the comic, by Naunerie Farr and Jon Lo Famia...

....with a little history of Victor Hugo in the issue as well. 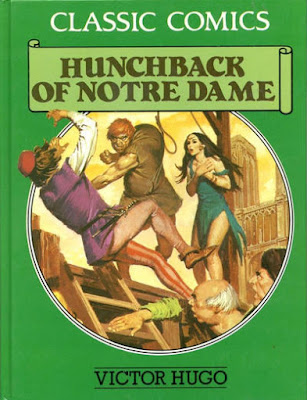 H. Smith Publishers did an adaptation of the Hunchback of Notre Dame (but, could not find more information of the interior content of the book) in 1991.


This is a wonderful volume of the Hugo classic. 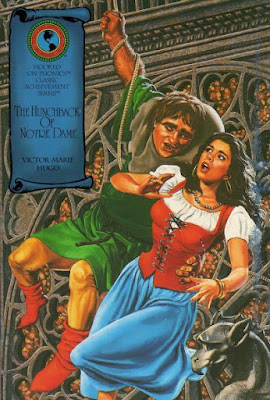 Pendulum Press published a version of the Hunchback of Notre Dame, representing the Farr/Lo Famia version they originally presented in 1974, under a painted cover by Mark Hannon...


...along with a biography of Victor Hugo as a part of their "Hooked On Phonics Classic Achievement Series". 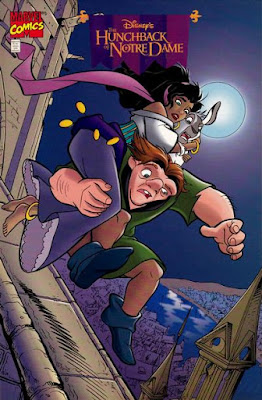 
This is just a fraction of the appearances of the Cathedral of Notre Dame in comics, showing its lasting history, in the comics and in history in general.