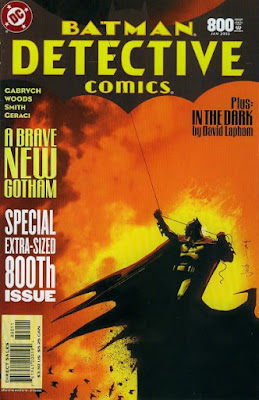 When is an anniversary not a celebration?


This issue has two stories, both great tales, but not detailing a happy time in the life of Batman.

So, let's look under the cover by Mark Simpson.... 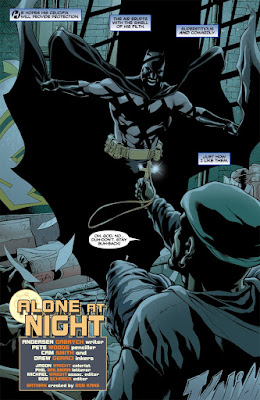 First story in the issue has Batman dealing with the Mad Hatter, and his drones (including a hypnotized Killer Croc) all across Gotham in a story by Andersen Gabrych, Pete Woods, Cam Smith and Drew Geraci.

Batman is dealing with the fallout of recent activities in Gotham (the War Games Bat-titles crossover), with Nightwing (Dick) being injured (and tended to by Alfred), Robin (Tim), Batgirl (Cassandra), Oracle (Barbara) and even Commissioner Gordon all leaving the city.

During his run through Gotham, Batman even finds the Mad Hatter is a pawn of the Black Mask...and does thwart his plans....for now.  But, Catwoman confronts Batman, declaring him unfeeling, with Batman admitting she's wrong....he feels everything....which is why Batman does what he does (and drives those he cares about away.... 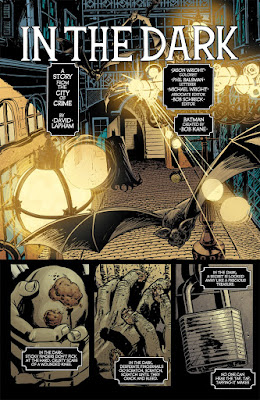 The second story is by David Lapham, and is a moody piece about Batman confronting crime on his own.


This is a Batman who is aware of being a part of the night, and swoops down vengeance on those who harm others.

Gotham will be safe....or at least as safe as one man can make it.

Both not exactly the joys of previous anniversary issues (like 500 or 700), but dark looks at the life of the Batman. 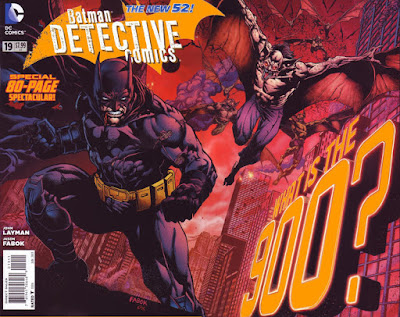 Now, there isn't an official Detective Comics #900 (it was numbered #19 thanks to the new 52....too much math!  It does feature a variant on the star of 400), but that might be covered later.   As next week is Detective Comics #1000....don't want to end on a downer, but time to prepare for life after Batman as well!