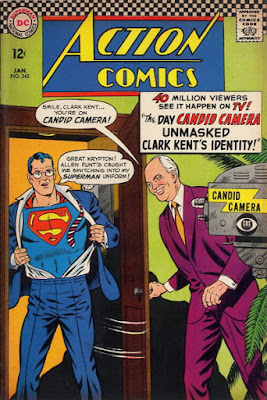 Smile!  You're on Candid Camera...

...this phrase (and the TV Show, hosted by Allen Funt) premiered on CBS on August 10th, 1948, but even Superman almost got caught by it... 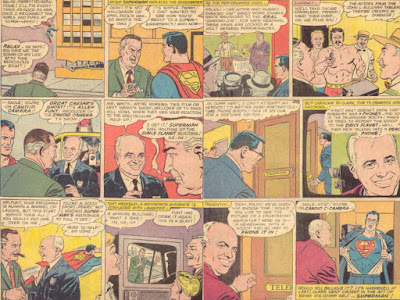 In "The Day Candid Camera Unmasked Superman's Identity" by Leo Dorfman and Al Plastino,  Superman helps Allen Funt play a prank on Perry White, by making the Daily Planet disappear.  But, like all pranksters, Superman messes himself up, as Perry plans with Allen, setting up a false robbery, and accidentally catching Clark Kent changing to Superman!

This causes Clark some headache, until he shows he's wearing Batman's pants, claiming to be pulling a prank on Allen Funt!